Ghana is considered one of the more stable countries in West Africa since its transition to multi-party democracy in 1992. Formerly known as the Gold Coast, Ghana gained independence from Britain in 1957, becoming the first sub-Saharan nation to break free from colonial rule. Gold, cocoa, and more recently oil form the cornerstone of Ghana's economy and helped fuel an economic boom. Ghana enjoys a high degree of media freedom, and the private press and broadcasters operate without significant restrictions. Ghana is ranked 139/188 on the UN Human Development Index, which is considered “medium” human development. Ghana has a young age structure, with approximately 57% of the population under the age of 25. Poverty has declined in Ghana, but it remains pervasive in the northern region, which is susceptible to droughts and floods and has less access to transportation infrastructure, markets, fertile farming land, and industrial centers. The northern region also has lower school enrollment, higher illiteracy, and fewer opportunities for women.

Since the 1990s, increased emigration of skilled Ghanaians, especially to the U.S. and the UK, drained the country of its health care and education professionals. Internally, poverty and other developmental disparities continue to drive Ghanaians from the north to the south, particularly to the urban centers.

One of the fastest growing economies in the world a few years ago, Ghana’s rate of growth slowed to 3.7% in 2016 but rebounded to 8.5% in 2017, mainly due to increased oil production. Ghana’s economy is highly dependent on the export of primary commodities such as gold, cocoa, and oil. Thus, the country remains vulnerable to potential slowdowns in the global economy as well as commodity price shocks.

Since its inception in 2019, LJI Ghana has intercepted more than 100 individuals to prevent them from being trafficked.

Love Justice Ghana is established and has their first interception in October and then their first arrest in November.

In response to the COVID-19 pandemic lockdowns, we partner with another organization to provide food and aid to almost 200 of those most desperately affected and hungry in Ghana.

LJI Ghana was established in 2019 with staff implementing transit monitoring on the border of Ghana and Togo. The team quickly strategized to figure out how to combat child trafficking on Lake Volta. Kete-Krachi was identified as a strategic location for transit monitoring, and we resolved to pilot a station near the ferry points.

Our Ghana staff formulated a plan, and a month later we deployed a team of four monitors in two locations. Within a month, we had the first intercept, and over the next six months, the team intercepted over 20 children and helped the authorities effect two arrests, both leading to convictions. 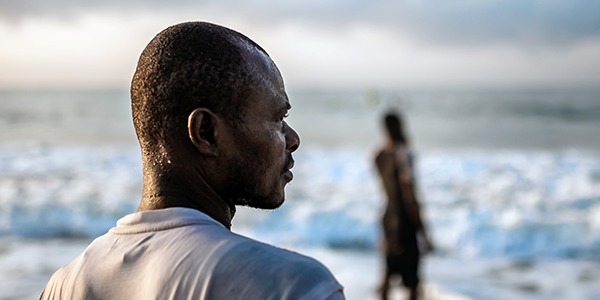 On Lake Volta, tens of thousands of children, as young as six years old, are trafficked on fishing boats.

The abundance of fish has created work opportunities in a country that battles high levels of unemployment, but it’s the fishing industry that has generated an ongoing controversy that is still being debated within the halls of the Ghanian parliament. This dispute is centered around the disturbing statistic that an estimated 7,000 to 40,000 children work in this industry. To some, it is seen as apprenticeship, to others child labor and slavery. The issue has been reported on by The Guardian and The CNN Freedom Project, but only a handful of research papers covering the problem have been completed, and they almost exclusively focus on the southern areas of the lake. 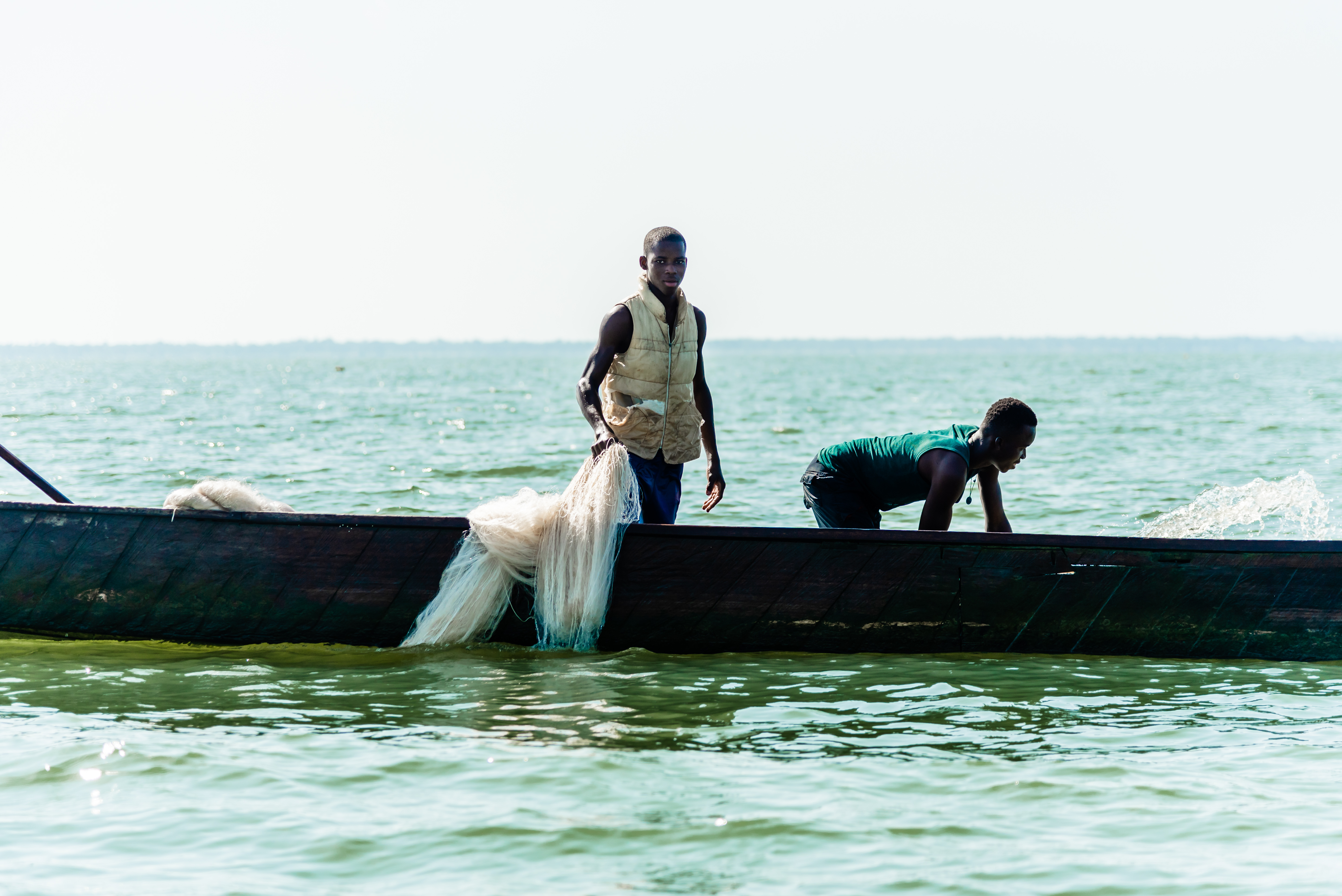 The issue of child slavery on Lake Volta is enormous, and innovative solutions are essential to successfully combat it. An estimated 7,000 to 40,000 children work in this industry. 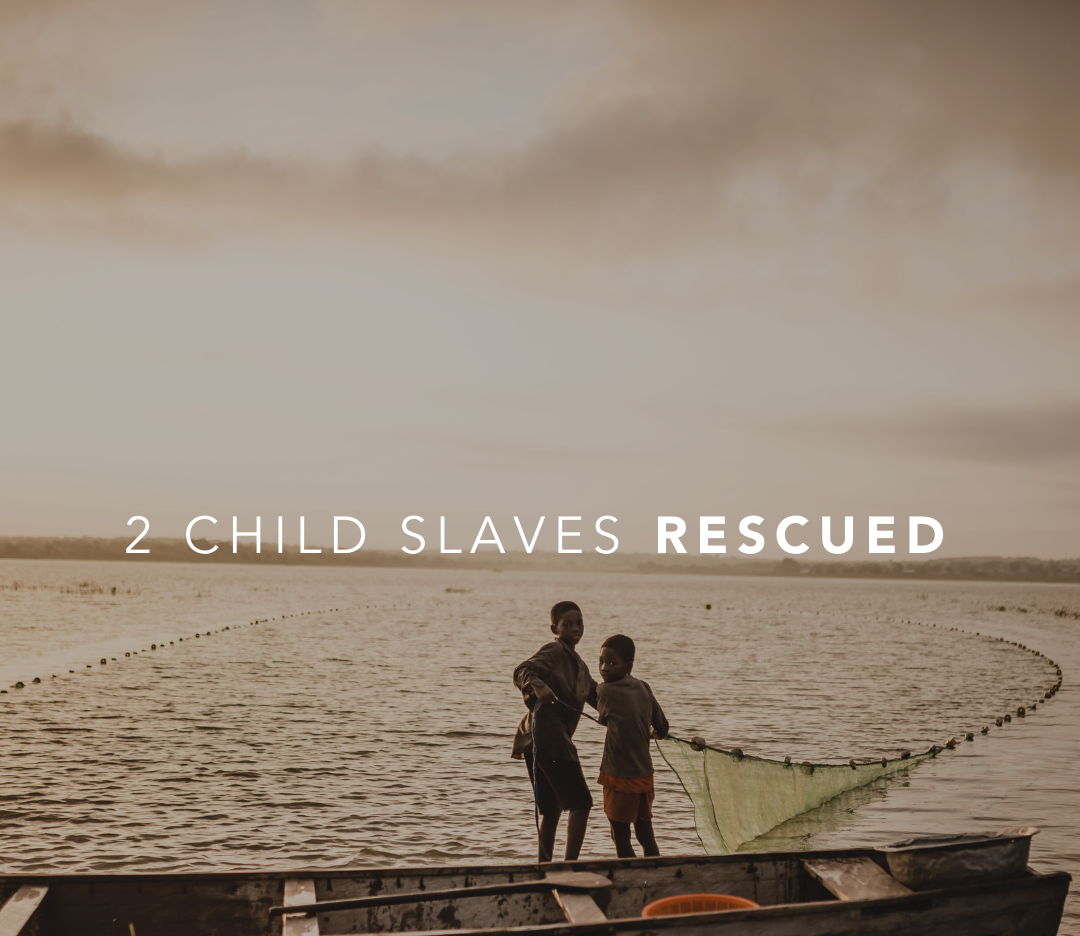 Philip* (10) and Kobi* (8) are siblings who were brought to the community four years ago by their aunt Cecilia*, who is the wife of their suspected trafficker. 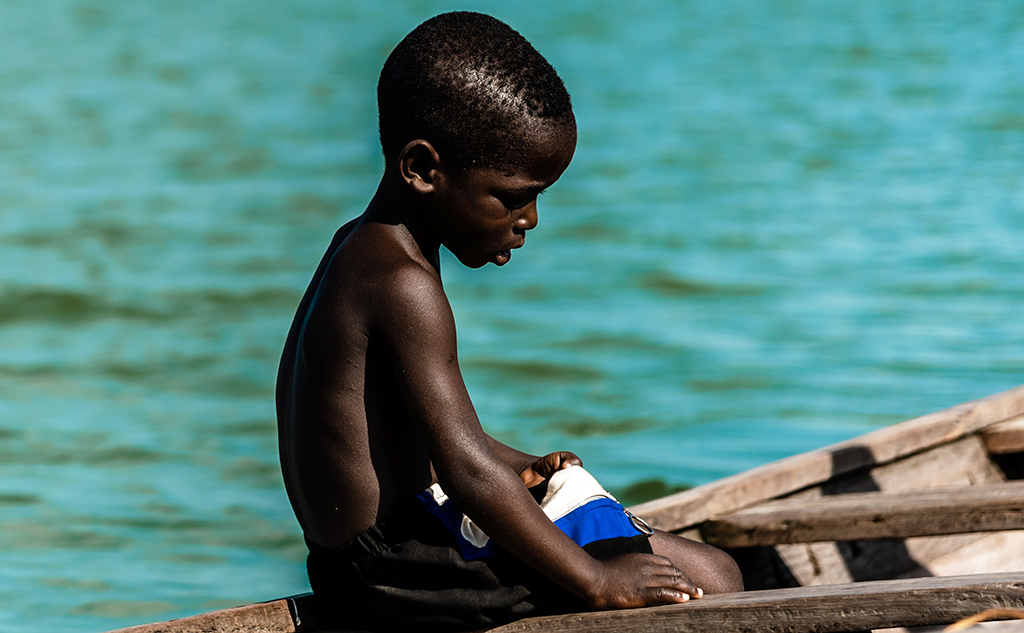 “Although I had heard of the potential trafficking on Lake Volta, I needed to see it for myself before LJI committed resources to the project..."—LJI Africa Director shared about starting our work in Ghana.

Ghana is a source, transit, and destination country for men, women, and children subjected to forced labor and sex trafficking. The exploitation of Ghanaians, particularly children, within the country is more prevalent than the transnational trafficking of foreign nationals. Ghanaian boys and girls are subjected to forced labor within the country in fishing, domestic service, street hawking, begging, portering, artisanal gold mining, quarrying, herding, and agriculture.

Much of the research and work on child trafficking is focused on the fishing industry on Lake Volta. Created by the construction of the Akosombo Dam in the early 1960s, Lake Volta is one of the world's largest artificial lakes. A number of fishermen report that fish stocks are decreasing, making it difficult to survive off fishing alone. Other work is scarce in a country where unemployment is widespread and approximately 40% of the population live below the poverty line.

The depletion of stocks is one of the key reasons why children are needed as workers in the fishing industry. In addition to being cheap labor, their small fingers are useful in releasing the fish from smaller nets. Trafficked children are also forced to dive to disentangle fish nets from tree stumps throughout the lake. As nets are dragged along the bottom of the lake, they tend to get stuck. Diving is a dangerous job that can result in water-based diseases such as bilharzia and guinea worm and death from drowning.