Lesotho received a downgrade to the Tier 2 Watch list on the 2019 Trafficking in Persons report. It is a source, transit, and destination country for human trafficking. It is a small country with a population of two million people, 99.7% of whom are part of the Sotho ethnic group. Lesotho has net negative migration. Most migrants in Lesotho come from South Africa, with a population of around 2,600 people, whereas 350,611 Basotho migrants live in South Africa. Historically, many households have depended on remittances from their family members employed in South Africa. Nearly 40% of Lesotho’s population are children; one-fifth of those children are orphans., Many of these children have lost one or both parents to HIV/AIDs. HIV continues to burden Lesotho as approximately 25% of people in the country are currently living with the disease. Gender-based violence is also prevalent in the country and likely contributes to the current HIV/AIDs epidemic. Nearly 86% of women in Lesotho experience gender-based violence in their lifetime. For the above reasons, orphans, women, and girls are especially vulnerable to human trafficking in Lesotho.

Lesotho is a parliamentary constitutional monarchy. In January 2020, Prime Minister Motsoahae Thomas Thabane resigned because of allegations that he and his current wife conspired to murder his ex-wife in 2017. Lesotho is classified under the 2019 Fragile States Index as a “Warning” country in terms of political instability. It scores an 79.7 (maximum is 120), compared to South Africa, which scored a 71.1.

Love Justice begins its work in Lesotho during our COVID-19 Global Relief Effort. Through trusted partners, we find and feed more than 440 individuals facing starvation due to the economic consequences of the pandemic.

The Lesotho team intercepts two individuals in March, their first month of operation. The team is trained and poised to expand our work on the border, as there is tremendous potential to make an impact there! 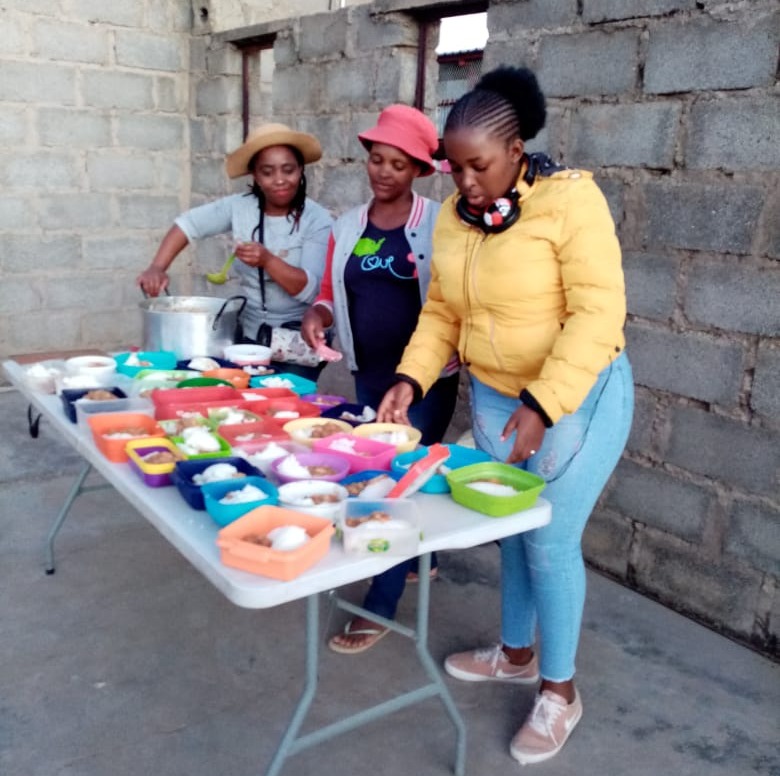 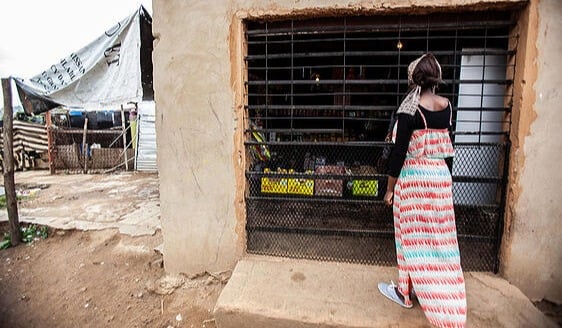 An unemployed woman from Lesotho who is currently living in South Africa approached our monitors while they were raising awareness about trafficking. During conversation, she shared that her best friend had told her about a domestic helper job that was available on Facebook specifically for women from Lesotho. According to the ad, this job was going to be based in Limpopo, South Africa. She did not know many specific details about the job—only that it paid really well. The female said she had been told that the recruiter would organize the job, arrange for her accommodations, and pay for her transportation costs from Johannesburg to Limpopo.

Although she had heard about human trafficking before, she acknowledged that she didn’t know much about it. Our staff explained how trafficking works and described the type of people who are frequently targeted by traffickers. The woman asked if she might be at risk, so our monitors pointed out several potential red flags in her situation. Since she didn’t have the right papers to be living and working in South Africa, she would be at risk if something went wrong because it would be difficult to get help from law enforcement without the proper documents. Our staff encouraged her to be patient when pursuing a job and advised her to travel back to Lesotho when COVID-19 restrictions eased to sort her papers so that she would be in a better position to find a good job that offered more protection.

After listening to our team's warnings, the female agreed not to travel or consider the job in Limpopo. If our staff had not intervened in this matter, it is very possible that the young woman would have traveled to the job that looked good, only to find herself trapped in an exploitative situation. 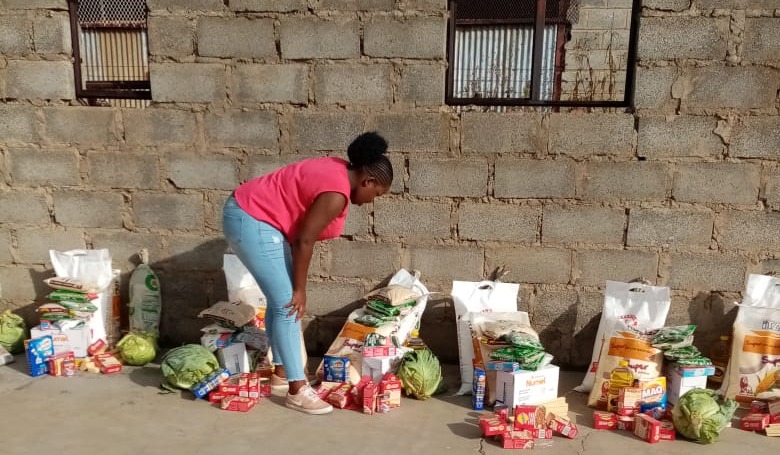 At our first COVID-19 Global Relief Effort distribution in Lesotho, 57 families (223 individuals) received food. These beneficiaries included orphaned children, families with the extra burden of feeding children at home who were no longer receiving a meal at school, and individuals who were unable to work since their place of employment had been shut down during the pandemic.

One of our staff members said, "On the day of delivery, we found out that a 9-year-old boy who had been receiving food at school was now living with his sick mother. Our staff went to the boy’s home only to find his mother bedridden because she was very sick. The mother explained that they had been struggling to get food. … She was in tears when we showed her the food parcels which would last them for a month. The young single mother hid her face with the blanket as she cried. Her condition was really bad, and she slept on a small mattress set on the floor of a small, dark hut. She kept saying, 'Thank you very much.’ We encouraged her and left, hearing her continued 'thank you' behind us."

Both sex and labor trafficking occur in Lesotho. Basotho children are often made domestic servants or animal herders. Orphans are especially targeted for sex trafficking within the nation.

In South Africa, Basotho men are exploited in the agriculture and mining industries while female migrants are often forced to work in the sex industry. There are anecdotal reports of female victims from Lesotho traveling to South Africa based on false promises of getting jobs; when they arrive, they are drugged and exploited in sex trafficking and as drug mules in international crime syndicates.

Lesotho is surrounded by South Africa on all sides.  The borders between the two nations are extremely porous, and individuals often cross the borders in plain sight with children.

Lesotho’s geographical positioning in relation to South Africa is seen as making it a convenient transit point for trafficking victims and perpetrators from other countries to South Africa.

In 2011, Lesotho created the Anti-Trafficking in Persons law which penalizes all forms of labor trafficking and some forms of sex trafficking. The law fails to meet international standards because it requires proof of force or coercion in child sex trafficking cases and allows traffickers to escape punishment if they pay a fine. In Lesotho, the Child and Gender Protection Unit (CGPU) is charged with handling trafficking cases. However, political will on anti-trafficking efforts is poor. Therefore, CGPU received inadequate support and funding in 2019.