Mozambique has a population of 25.9 million, and its official language is Portuguese, though only 10.7% of the population speaks it. The most common language is Emakhuwa (25.3%). Mozambique’s long coastline (1,550 miles) and borders (2,800 miles with five countries) render the country an ideal route through which to transport illegal commodities and people. It is also a large country with significant transport corridors linking landlocked countries—such as Zimbabwe, Zambia, and Malawi—to major sea ports and to South Africa.

Mozambique is among the world’s poorest countries and is ranked near the bottom of the UN’s Human Development Index (184 out of 187). Mozambique’s high poverty rate is sustained by natural disasters, disease, high population growth, low agricultural productivity, and the unequal distribution of wealth. The country’s birth rate is among the world’s highest, averaging around more than five children per woman (and higher in rural areas). According to UNICEF, there are 1.6 million orphans—380,000 of whom have lost their parents to HIV/AIDS.

Mozambique was a Portuguese colony for five centuries until its independence in 1975. Large-scale emigration, economic dependence on South Africa, a severe drought, and a prolonged civil war hindered the country's development until the mid-1990s. A UN-negotiated peace agreement between Front for the Liberation of Mozambique (FRELIMO) and rebel Mozambique National Resistance (RENAMO) forces ended the fighting in 1992. FRELIMO abandoned Marxism in 1989, and a new constitution the following year provided for multiparty elections and a free market economy. After working hard to overcome multiple obstacles, the Mozambique team intercepts one person in their first month of operation, March! 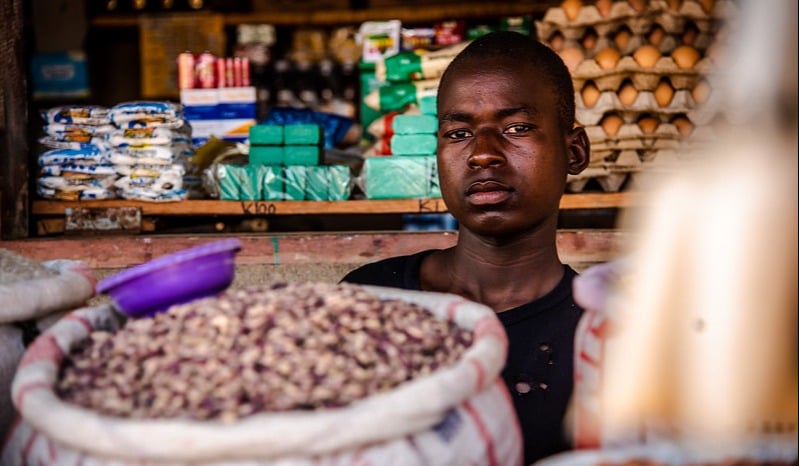 Two young men, ages 19 and 20, recently traveled from Malawi to Mozambique to visit family and to look for work. Although they managed to find jobs working on different farms, the conditions were harsh. They were never allowed to leave the farm, and they were often denied food. The two finally decided to try to return home even though they did not have enough money to cover their travel expenses. They left early one morning and were walking along a road, begging for food, when our monitors first saw them. After hearing their story, our staff intercepted them and arranged their safe transportation home.

Team Intercepts Siblings Traveling to Mozambique in Search of Father

Team Intercepts Siblings Traveling to Mozambique in Search of Father

Our staff recently intercepted three minor brothers who were desperately begging for help at a busy transit station. When the siblings were first approached by our team, they were too afraid to respond to any of their questions. Our monitors continued to talk with them, reassuring that they only wanted to help. After establishing trust, our staff eventually convinced the siblings to talk.

The brothers shared that they were traveling from their home in Zimbabwe to Mozambique to look for their father who had left them many years ago. They explained that their mother had died giving birth to her youngest child. After her death, their father abandoned them, claiming that he was going to find work to provide for them. In his absence, the boys were left to fend for themselves, and their father never returned or sent any money to them for support. With economic conditions becoming more difficult, the older child stopped attending school in order to provide for his two younger brothers. Despite this sacrifice, the siblings were still unable to make ends meet, so they decided to go to Manica, Mozambique, which is where they believed their father was living.

The brothers admitted that they had never been there before and had no established contact with their father. Our monitors recognized they would be in an extremely vulnerable situation and could easily be exploited or abused in a foreign country. After listening to our team’s warnings about human trafficking, the brothers agreed it would be dangerous to continue their travels and decided to return home. Our staff then contacted a social welfare office to inform them of the situation and to partner with them to provide the siblings with financial assistance.

Mozambique is a country of origin and transit for forced labor and sex trafficking. The principal destination for trafficked Mozambicans is South Africa. Mozambique is a transit country for nationals from Somalia and the Great Lakes region of central Africa, many of whom are reportedly headed for South Africa. Internally, people are trafficked from rural areas to cities, with the city of Maputo being the main destination for victims.

Sex Trafficking: According to a 2014 study funded by Save the Children, women and children are the main victims of human trafficking, used primarily for labor and sexual exploitation. A 2003 study by the International Organization on Migration (IOM) estimated that 1,000 Mozambican women and children were being trafficked to South Africa every year, mainly for sexual exploitation. The current number is likely much higher, since the 2003 number is dated and likely underreported. There have been more recent studies on trafficking in Mozambique, but they are limited in scope and acknowledge that more data is needed.

Within Mozambique, commercial sexual exploitation is prevalent in border towns and the urban regions of Beira, Maputo, Nacala, Nampula, and Tete. It occurs in bars, roadside clubs, restaurants, and at overnight stopping points along the southern transport corridor that links Maputo, Swaziland, and South Africa. One missionary reports that he has seen an increase in prostitution given the recent growth of Mozambique’s petroleum and coal industries, and the Mozambican police have roadblocks to check IDs, including those of children, though fake IDs are easy to procure.

Labor Trafficking: The use of forced child labor occurs in agriculture, mining, and market vending in rural areas, often with the complicity of family members. Mozambican men and boys are subjected to forced labor on South African farms and mines, or as street vendors, where they often labor for months without pay under coercive conditions before being turned over to police for deportation as illegal migrants. Mozambican boys migrate to Swaziland to wash cars, herd livestock, and sell goods; some subsequently become victims of forced labor. There are also reports of boys being trafficked to Malawi for farm work. South Asian smugglers who move undocumented South Asian migrants throughout Africa also reportedly transport trafficking victims through Mozambique.

Trafficking in Body Parts: There is also an increase in the trafficking of body parts, or organ harvesting, which typically involves the kidnapping and dismemberment of young children. This trade is both international (primarily to South Africa) and internal. Specific body parts such as genitalia, hearts, eyes, and skulls are believed to increase influence and wealth. These organs are also used in traditional medicine as superstitious cures for ailments like impotence, AIDS, and infertility. The more lucrative international business involves organ harvesting for transplantation.