Giving from outside of the United States?

Will you join the fight?

During the month of May, we have an opportunity to advance the fight against human trafficking. We’ve set some big goals, and together we can reach them.

Here’s how you can make a difference:

The Worth Fighting For 5k is your opportunity to get outside, get moving, and raise awareness and funds to fight human trafficking.

Help us reach our goal of 200 runners around the world!

Run with a group or on your own. More details are available at the sign-up link below.

GIVE TODAY AND YOUR DONATION WILL BE DOUBLED.

During the month of May, every donation is MATCHED up to $500,000 to help save lives from being trafficked. Every gift, large or small, can make an impact!

PLUS, when you join Project Beautiful by giving monthly, your donation will be doubled for the first six MONTHS! That means your $10 monthly gift is worth $120!

By choosing the monthly option above, you'll join our Project Beautiful community and receive our One Life bracelet as well as exclusive updates from the field.

It happens every day.

A vulnerable girl is lured from her home and sold into slavery.

A young boy is abducted by human traffickers.

A poor woman is promised marriage, only to be sold, raped, and tortured.

A desperate man is promised a job, but instead he is coerced into forced labor.

Every day around the world, precious lives like these are violated and devalued. Learn who they are: 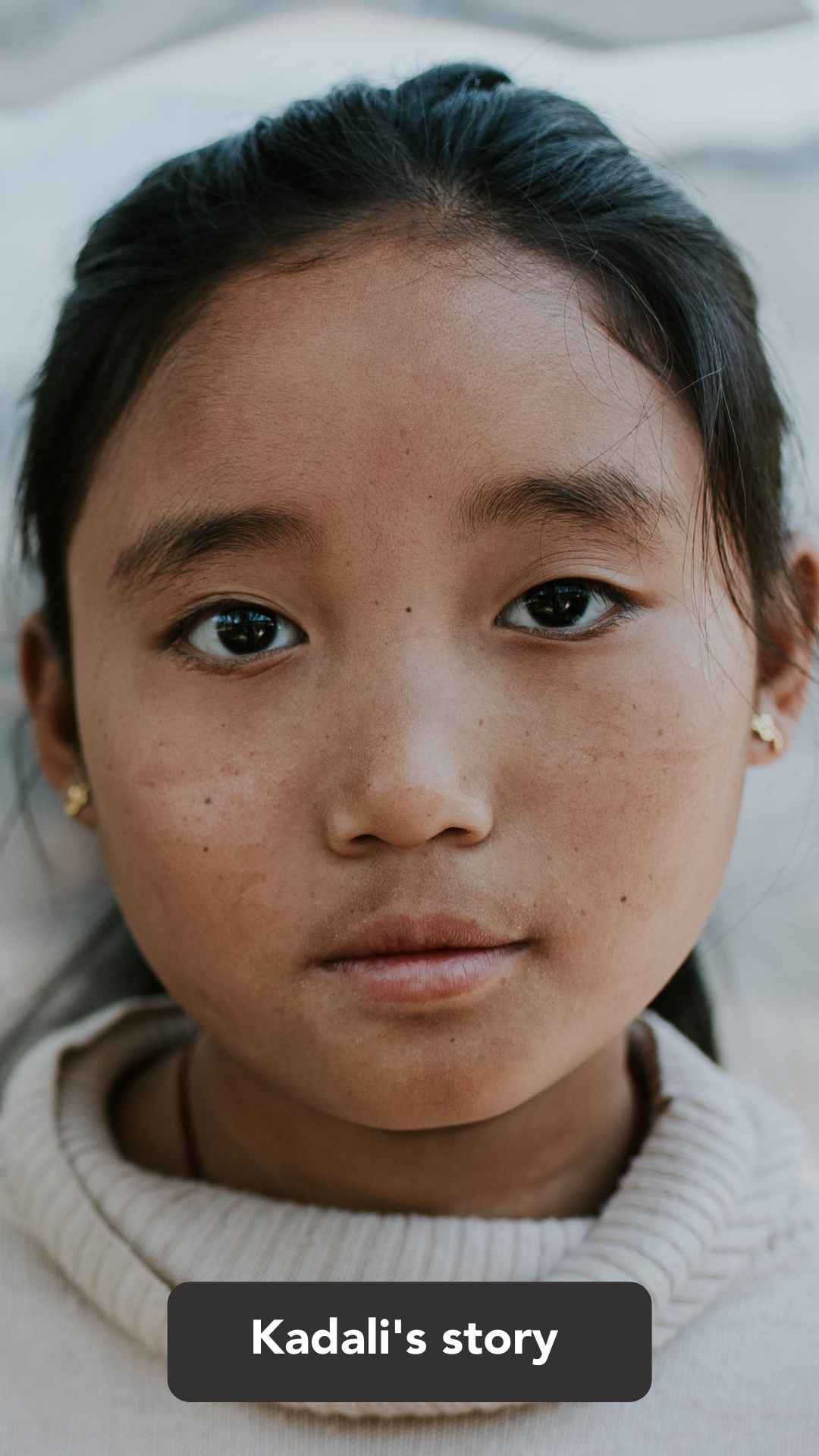 vulnerable after escaping from an Abusive home

When Kadali was 3 years old, her mother took her from their home in South Asia to escape from an abusive, alcoholic husband. As the years passed, they struggled financially, and the mother would often tell Kadali, “Your father didn’t leave any money for me; I can't feed you.”

Desperate to find a way to provide, Kadali’s mother turned to prostitution. As Kadali became old enough to understand, she would often try to plead with her mother to find some other way to earn money to care for them. However, her mother would simply reply, “If you don’t like my work, then you can leave the house.”

One of her mother’s daily customers was a married man named Raju*. Kadali’s mother always pressured her to be friendly to him, but Kadali refused to speak to him or even acknowledge his presence in their home.

Our transit monitoring team first met Kadali while she was sitting at a railway station where they were working for the day. She stood out to them because she was carrying just a small, single bag and seemed scared and confused. Concerned, they approached her to see if she needed help.

Once they identified themselves and were able to make Kadali feel comfortable, they started asking her questions about her travel plans. When they learned that she was traveling alone, they were immediately concerned for her safety because of her young age.

Eventually, Kadali shared with our team that she had run away from her home because her mother was a sex worker and was pressuring her to become one as well. She bluntly stated that she would rather die than become a prostitute.

After hearing Kadali’s story, our staff determined she would be highly vulnerable to traffickers if they did not intervene. Our team decided to escort her to the local child shelter where she received a medical examination and safe lodging.

orphaned and falsely promised an education

The promise of a good education

Meet Afi*: A boy lured with the promise of a good education only to be trapped in labor exploitation.

Recently, our team intercepted a young boy named Afi. After his parents passed away, his grandparents took him into their care. They were happy to have Afi live with them; however, life in their village was hard, and the opportunities for a good education were scarce.

After living with his grandparents for some time and doing his best to find work where he could, Afi was approached by a man who offered him the chance of a better life and a good education in a different region of Ghana. Afi’s grandparents were eager to help their grandchild pursue a brighter future, so they readily agreed to let him go.

Months later, our team was monitoring at a popular market near Lake Volta when they noticed Afi looking sick, drowsy, and malnourished. They approached him and began asking him some questions and learned that he had been working as a slave for a man over a period of four months without receiving any wages or being allowed to attend school as promised.

After hearing Afi’s story, our monitors immediately intercepted him and helped reunite him with his grandparents.

lured under the guise of love and marriage

The promise of love and marriage

Meet Bimala*: A 12-year-old girl lured away from her home by a 28-year-old “boyfriend” under the guise of love and promise of marriage.

Recently, our team was monitoring at a transit station in India when they noticed a young girl, Bimala, traveling with a considerably older man named Daav*. They found the pair’s appearance and behavior very suspicious and quickly approached them for questioning. After recognizing several inconsistencies in their stories, our team separated them for individual interviews in hopes of finding out the true nature of their relationship and travel plans.

During this time, they learned that Daav was 28 years old and was from the same village as Bimala, a 12-year-old. According to Daav, they met each other through a misdialed call, and after their initial conversation, they continued chatting with each other and slowly became close friends.

Eventually, believing that Daav was in love with her and wanting to marry her, Bimala agreed to leave the village with him and travel to a nearby city and stay the night. They were on their way, waiting to board a train at the station, when our monitors noticed them and stopped them for questioning.

Because Bimala was a minor who was traveling without her parents’ permission and did not know any specific details about where she was going, our team determined she was at high risk of being trafficked. They contacted her parents and informed them of their daughter’s situation. According to her father, she had been missing since midnight the previous day, and he had just lodged a missing complaint at the local police station.

Our staff then provided Bimala with counseling concerning the dangers of human trafficking and explained to her how many girls her age have been trafficked on the pretext of romantic love affairs and false promises of marriage and good jobs—only to have their lives exploited. They also educated her about the consequences of early child marriage and how sometimes a hasty decision can lead one down a path of destruction with no escape.

Our team notified a child welfare organization about the situation and then escorted both Daav and Bimala to the local police station to conduct further investigation and to file a case report. After providing an official statement, Bimala was taken to a nearby shelter for temporary lodging until arrangements could be made to reunite her with her family. Meanwhile, Daav was kept in police custody for additional questioning. 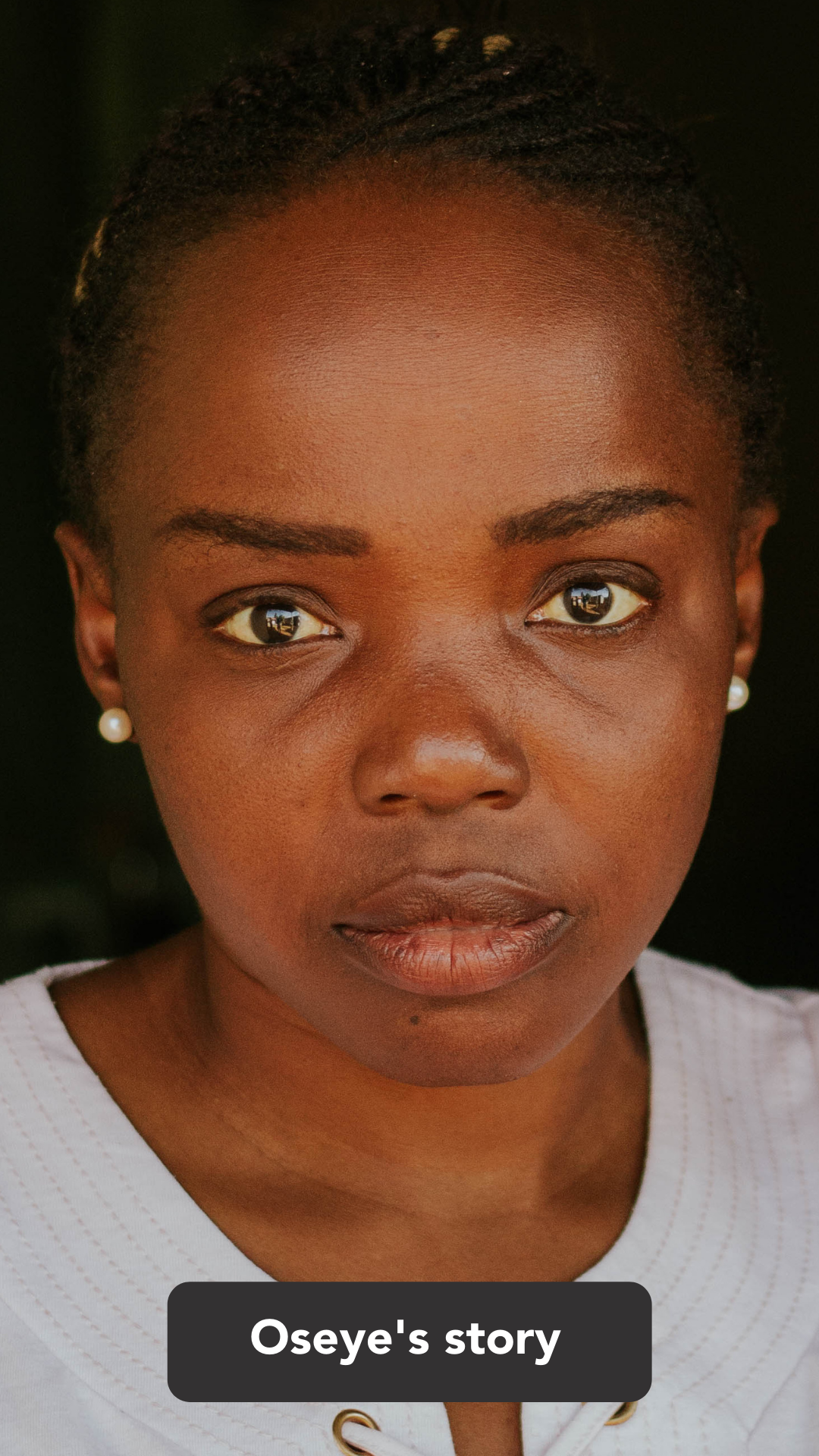 deceived with the promise of good employment

The promise of a good job

Meet Oseye*: A young mother seeking to provide for her family, deceived with the promise of good employment.

Oseye is a young mother in Kenya, doing her best to help care for her family. Under immense pressure to find a job, Oseye began searching for some sort of income when she found an advertisement in a local newspaper stating, “We are looking for domestic workers.”

She decided to call the number; however, upon inquiry she discovered that in order to secure the job, she would be required to pay $11 USD, an amount that would be deducted from her salary once she started working. This is a common tactic traffickers will often use in order to establish debt bondage with their victims. Oseye, however, was excited for the opportunity, so she agreed to the terms and accepted the job.

Our team first noticed Oseye while monitoring at a popular transit station. She wasn’t carrying any bags and looked physically distraught. They approached her to ask if she needed any assistance, and she shared that she was trying to get home after working abroad. She explained that her employers had physically abused her and refused to pay her for the work she had been hired to do. Eventually, she was able to escape and find her way to the transit station.

After spending considerable time with Oseye, our team was able to make arrangements for her to travel back home to her family.

Soon after, based on valuable information they received from Oseye, our team was able to track down the female suspect, Vivian*, who was responsible for recruiting her through the newspaper ad. After securing Vivian’s contact information, they verified that she runs her operations from the city center, approaching young girls and arranging suspicious jobs for them.

Our staff shared this information with the Directorate of Criminal Investigations (DCI), an organization in Kenya that deals with human trafficking and child abuse. An investigation is underway.

But there’s hope. It doesn’t have to be this way. We believe every life is worth fighting for.

At Love Justice International, we work relentlessly to seek out and protect the most vulnerable. Our team fights trafficking in the most remote places and the darkest corners of the earth, intervening when a life is in danger.

Why? Because these people are not just anonymous silhouettes. They are daughters and sisters, brothers and fathers.

Each and every one is a life worth fighting for. Join Project Beautiful and give monthly to protect the value, freedom, and worth of individuals like Bimala, Afi, Kadali, and Oseye.