He Calls You by Name 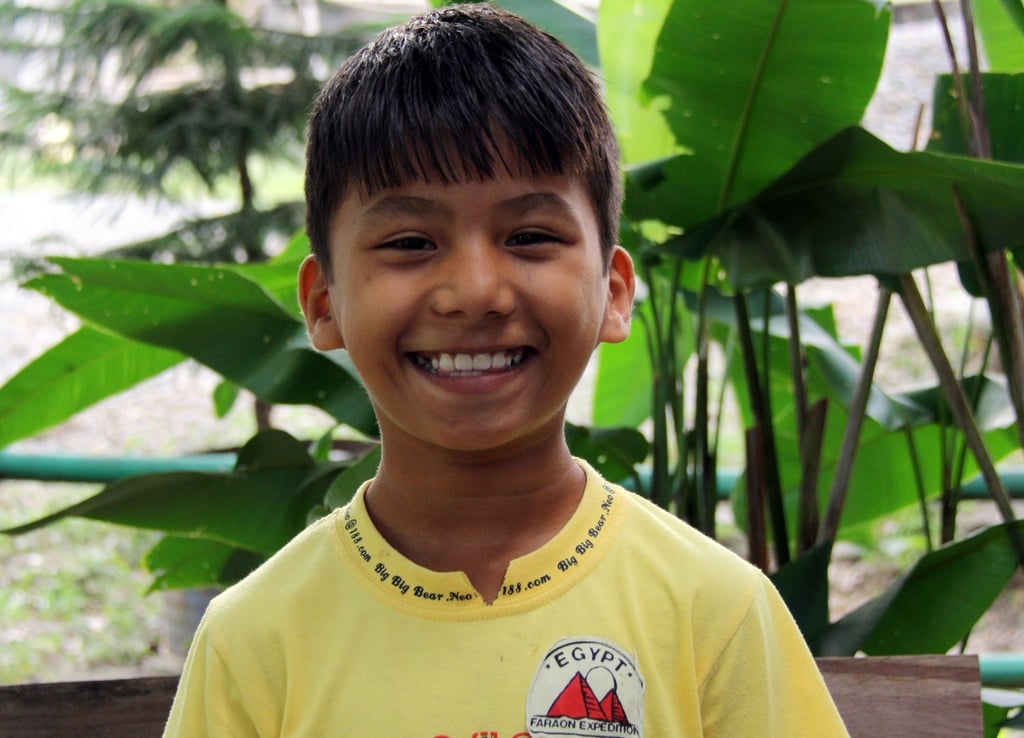 Ask the majority of parents to explain the kind of selfless love they feel for their children, and most will struggle to put it into words. And yet, that kind of love does not even begin to touch the love that God has for each of us. Unfortunately, in this broken and hurting world, there are children living without loving and caring parents; they are neglected and alone, in need of someone to show them that they do matter and are deeply loved.

Several years ago, a beautiful baby boy came to live in our Holy Home, located at the Dream Center. To look at him today, you would see a vibrant and extremely engaging young boy with a smile that instantly melts your heart. You would never guess the darkness that God rescued him out of to fulfill the beautiful plan He had in store for his life.

We first became aware of this precious baby when Anna*, a contact of Love Justice, notified our staff about a young girl named Sasheni* she had recently become acquainted with. Sasheni was working in a “massage parlor,” which more often than not is used as a front for prostitution. When Anna met her, she was pregnant, and she shared with Anna both her inability and her indifference toward caring for a child.

Through a series of meetings and by reaching out to the young mother-to-be, Anna was able to be present for the birth of Sasheni’s baby boy and began spending time with the young mother and baby in the small flat where Sasheni’s family lived. Anna recalls being 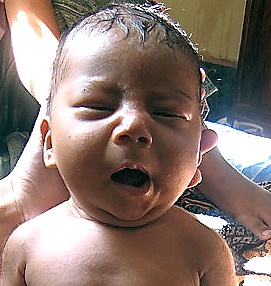 overwhelmed by the darkness she felt just entering the home during her first few visits. The small flat served as a home for several families and was filled with chaos and confusion every time she was there. Other children continually ran in and out of the room, screaming out of control and behaving wildly.

Anna remembers one visit when Sasheni finished feeding her new baby and then promptly disappeared, leaving the newborn lying alone on the couch, uncovered and crying. One of the neighbors told Anna that Sasheni had left the baby like that for over two hours one day before returning. She also shared that the husband had “gone crazy,” complaining of sleepless nights due to a “presence” entering his room and trying to torture him. Anna remembers the crazed and terrified look she saw in his eyes during one of her visits.

And, yet, in the midst of all this dysfunction, a small, defenseless child was suffering from hours of neglect and severe wheezing due to bronchitis, and he was in need of a tetanus shot because someone had randomly entered the room a few days earlier and inflicted a deep gash in his leg with a razor blade. As absolutely bizarre as that sounds, it is evidence of the horrific conditions he was struggling to survive in.

Anna shares, “I have seen so many instances where children are victims of a parent’s broken life in this nation. When parents are living lives of addiction and deep woundedness, children can easily become pawns or victims who suffer deeply in the middle.” She continues, “It's also hard as someone who is trying to intervene to witness the children that I’m trying to help fall through the cracks...it is heartbreaking and so frustrating!”

Anna recalls a visit with Sasheni when she realized she had yet to hear what the baby had been named. Sasheni stated simply, “What would be the point in giving him a name? Who is going to be there to call him by name? Who will care enough to speak to him? We can just call him 'babu' or 'little boy.’”

“When I heard that, my heart just sank,” shares Anna. “God calls him by name and has called him by name even before he was formed in his mother’s womb. He is significant. Jesus gave His life just for him! Even though he is small and gets tucked away in the folds of an old, soiled couch in a damp, dark room at the end of an alleyway in the middle of a brothel all day long…there is a great God in heaven watching out for him.”

Since their first meeting, Anna had discussed with Sasheni the option of placing her baby in Love Justice’s Holy Home, located in Pokhara. Eventually, she agreed to the adoption and traveled with Anna to meet the house parents, bringing along the child’s birth certificate and all of his other documentation.

Anna recalls, “We sat down together for tea with the new parents and went over paperwork and specifics. The new mother was in tears, as her heart was obviously moved by the situation.” She continues, “The meeting was flawless, and the sweet baby went home to be with his new parents!” 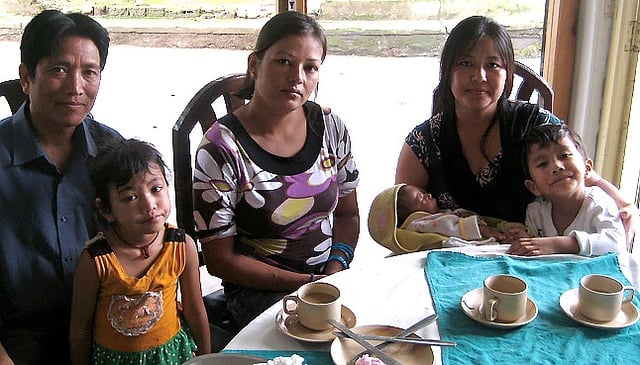 During the meeting, Anna remembers the new parents receiving so many calls asking about the new baby because everyone was so anxious to meet him. Even the couple’s son had woken up early that morning so excited to meet his new little brother. “Later on, a school bus drove by carrying several of the other children from the home, and everyone was peering out the window trying to catch a glimpse of the baby while we were meeting,” states Anna.

“Just seeing ALL of this affection for the baby made my heart so happy. It was just a glimpse of the change that was happening in that baby's life in that moment. One minute he was living with no identity whatsoever, and the next minute he was stepping into a community of people that could barely WAIT for just a glimpse of his face and a chance to love on him. So beautiful! I just know that baby is going to get more love than he could ever imagine being in that home.”

That day, his new parents gave him the name of Benedek*, meaning “holy” or “blessed.” Anna shares, “What a privilege to have been a part of God's hand in his life!”

“‘For I know the plans I have for you,’ declares the Lord, ‘plans to prosper you and not to harm you, plans to give you hope and a future.’” Jeremiah 29:11 NIV

Caring for the Orphaned and Abandoned

Caring for the Orphaned and Abandoned

Ministering to the Orphaned and Abandoned

Inspiring Difference Makers in Our World: The History of The Dream School