Over 10 million refugees have fled their homes in Ukraine since the war started in February. With men required to stay and fight, women and children seek safety on their own, escaping to neighboring countries or safer regions within Ukraine. UNICEF reported over 500 unaccompanied children crossing the border from Ukraine into Romania in the first three weeks of war.

While refugees flee amidst the chaos, others take advantage of their heightened vulnerability. 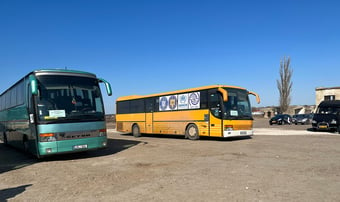 “Anybody can be a victim of trafficking,” said Beniamin Lup, LJI’s Romanian champion. “Those people don't have a place to go—they’ll go anywhere where there is a bus ready. They just want to get rest, get away from the border as soon as possible. So they will jump in any van, in any bus.”

The crisis makes work easy for human traffickers. They can move people out of the country under the guise of humanitarian aid.

“It's sad because the traffickers don't spend any money to take the girls from Ukraine into Romania. Throughout Romania and into the European Union, the governments do that for free. And then the traffickers just pick them up, free of any hassle,” said Lup.

Prior to the war, Love Justice met with Ukrainian partners in August to see about expanding our work there. Although we have not moved forward with those plans yet due to safety issues, we have been able to place 9 monitors in Romania and Moldova at the borders of Ukraine and train 29 more volunteers to assist.

With ever-changing circumstances, we have had to adapt quickly. We are learning to keep pace with changing needs and modify strategies as we go. 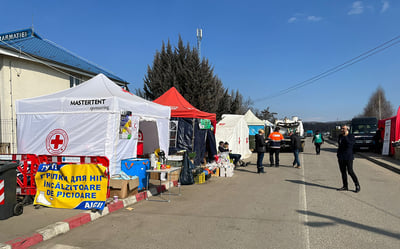 Monitors are trained to look for signs of trafficking, but a mass refugee evacuation means that nearly everyone is at a high risk for exploitation.

“We're talking to literally almost everybody that's crossing the border, which is hundreds of people,” Lup said.

Although the monitors have been able to turn away suspected traffickers and help refugees find safe, registered transportation, Lup explained it can be difficult to confirm a case of trafficking when they can’t monitor what happens to refugees after they reach their destination.

“Who knows how many traffickers are literally waiting for the bus to arrive, and trafficking starts there?” said Lup. “We need to expand the area of surveillance. It’s not only at the border, but we’ll have to have monitors in the countries of destination.”

Another issue is an increase in Ukrainian traffickers taking advantage of the fact that the refugees are more trusting of their own people.

“In the beginning, there were only Romanian and Moldavian traffickers, but now there are Ukrainian traffickers that try to get the girls and take advantage of the price,” said Lup. “It's an easy way to make money; so many of them lost everything. But we didn’t see that coming.” 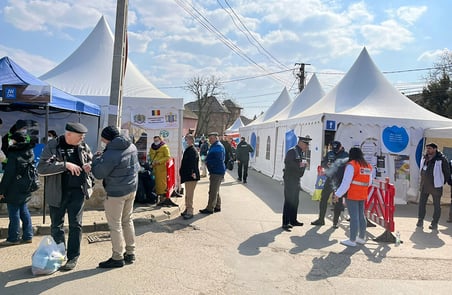 To combat this, Lup said they are working on registering people with their IDs, trying to create profiles to track what borders people are crossing and how often, to help determine whether someone is involved in trafficking or not.

Albina Golik, LJI’s project manager in Ukraine, said the strategy she would like to implement as our work continues in the area would be to have a few members of our staff traveling with and responsible for each group.

“It's not a nameless group,” she said. “They would know all of them by name and know exactly where they're coming from, where they're transiting through, and where they will end up.”

We’ve learned a lot since this war started. We’re continuing to do much with little and constantly looking for ways to improve.

Golik’s words left us encouraged and inspired: “Before the war, when we started to talk with Love Justice [about anti-trafficking work], I was thinking to myself, Wow, the problem is so huge and we're so little—we're just a few individuals who love the Lord and want to end this injustice. But how much can I do?

“And then without asking any of us for our permission, God has given us such a big responsibility to monitor the transportation of hundreds of people per week. We were doing everything on the go, developing systems in a matter of hours because the events were evolving so quickly.

“And now I'm thinking, There is nothing impossible! First, because we're working for our God, Jesus Christ, and His heart is for justice. His heart is for freedom. And if we're moving with Him, there's nothing we need to be afraid of.

“And second, the structure, preparation, and everything … it can be done. It really can be done. Now we realize how much we can do, and I don't think that we will stop. This burning desire for justice and freedom grows even more today.”

Update from the field 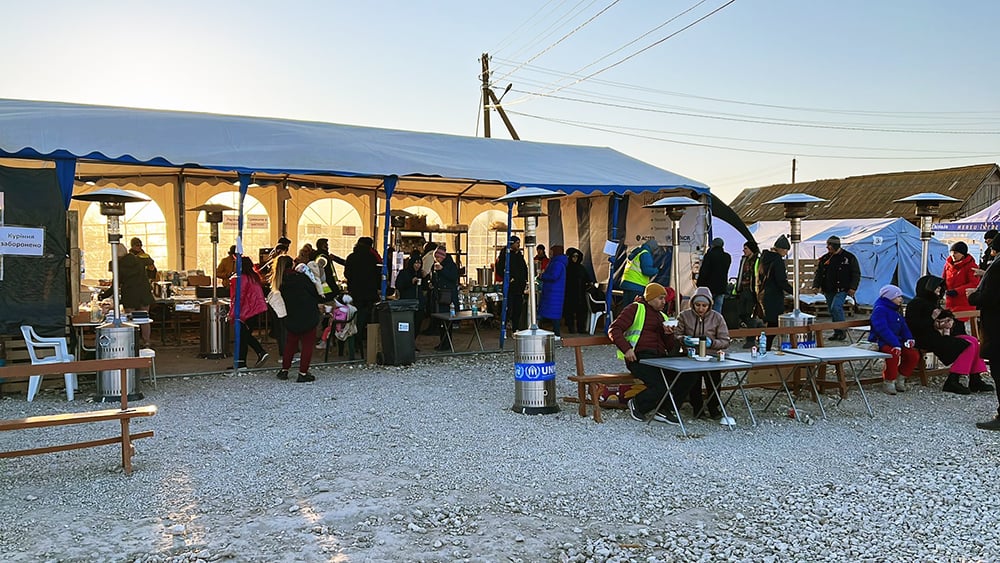 Currently, we have nine transit monitors total stationed in Romania and Moldova. In addition, volunteers have been trained to partner with our staff in order to better monitor the number of refugees coming across the border in need of assistance. There are also many other humanitarian volunteers who have partnered with us looking for signs of trafficking and connecting our monitors to potential victims. 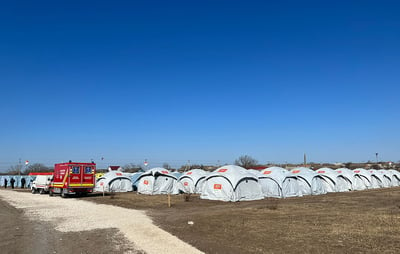 Tents and booths have been set up at the borders where refugees are coming through. The refugee camp pictured is in preparation for many more coming from Odessa through the Palanca border.

Sean Mullens, LJI's European regional steward and director of champion recruitment, shares, "We've also placed volunteer monitors at two of the refugee camps and several hotels located right near the border. Our teams have raised the alarms at several of the hotels where trafficking was happening, and now the police are investigating."

This crucial work would not be possible without the support of our donors. Thank you!  To learn more about our work and the impact being made in the mission to end modern-day slavery, visit here. 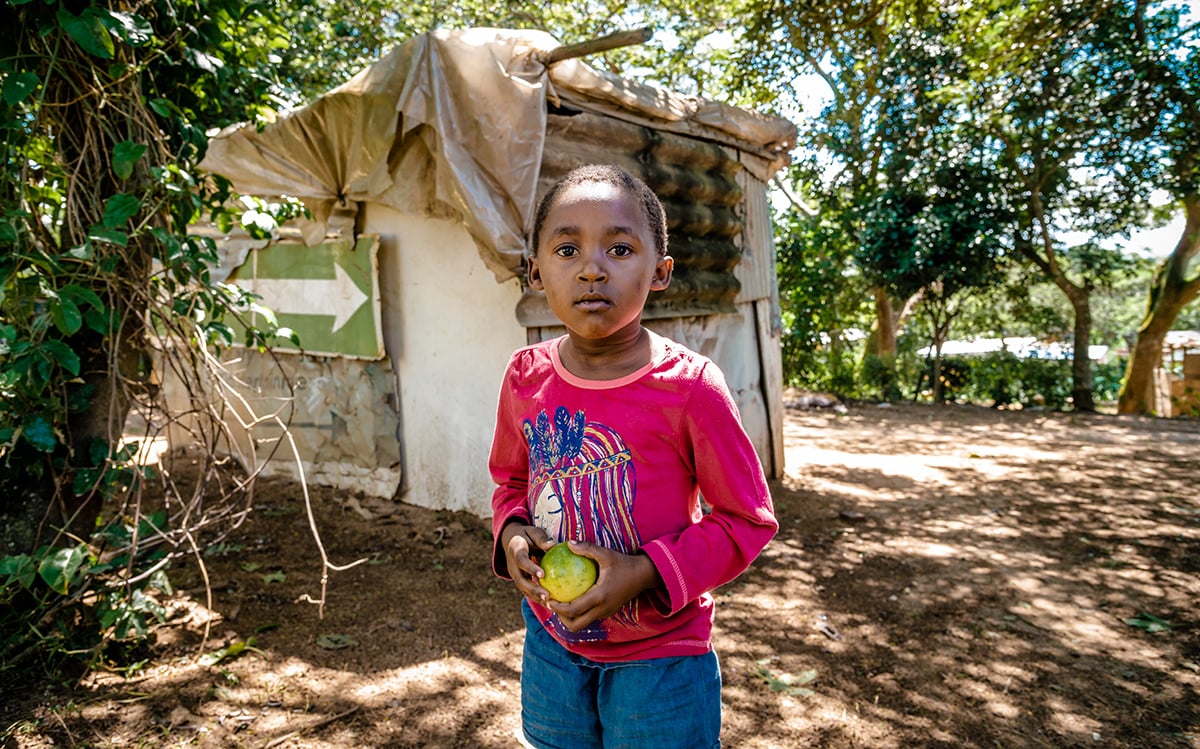 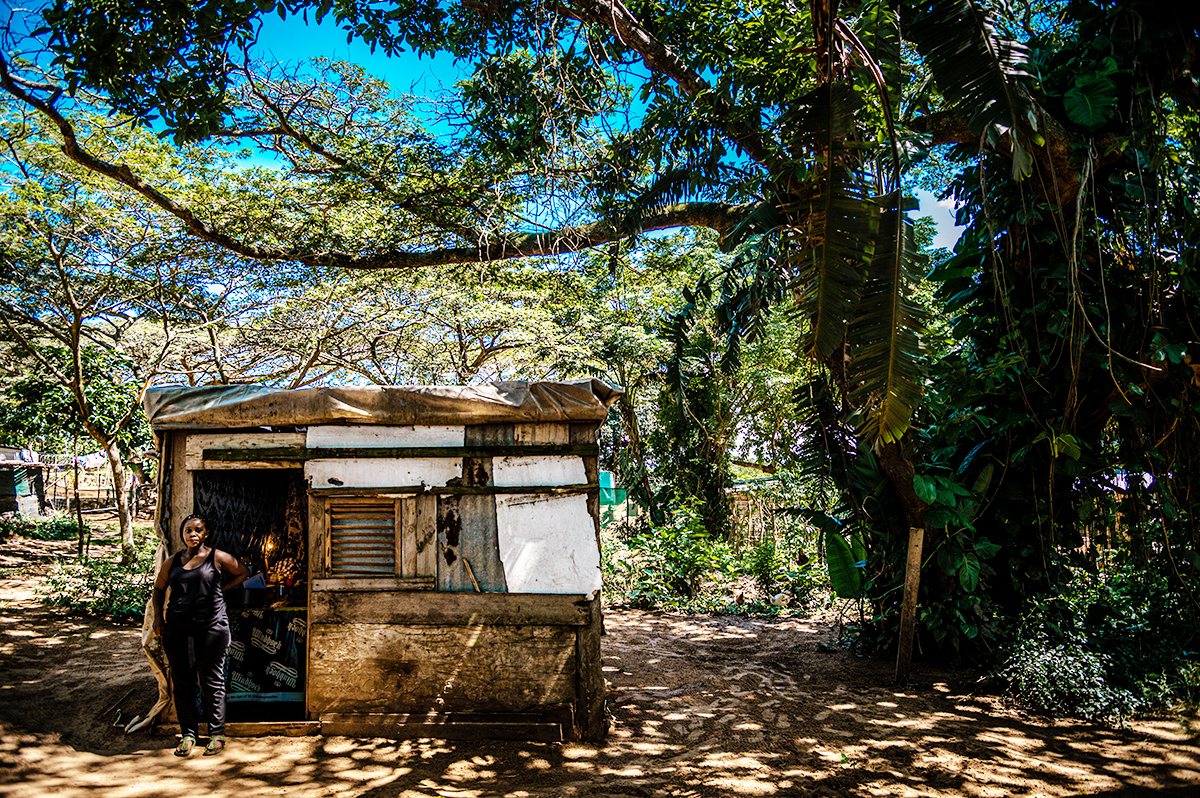