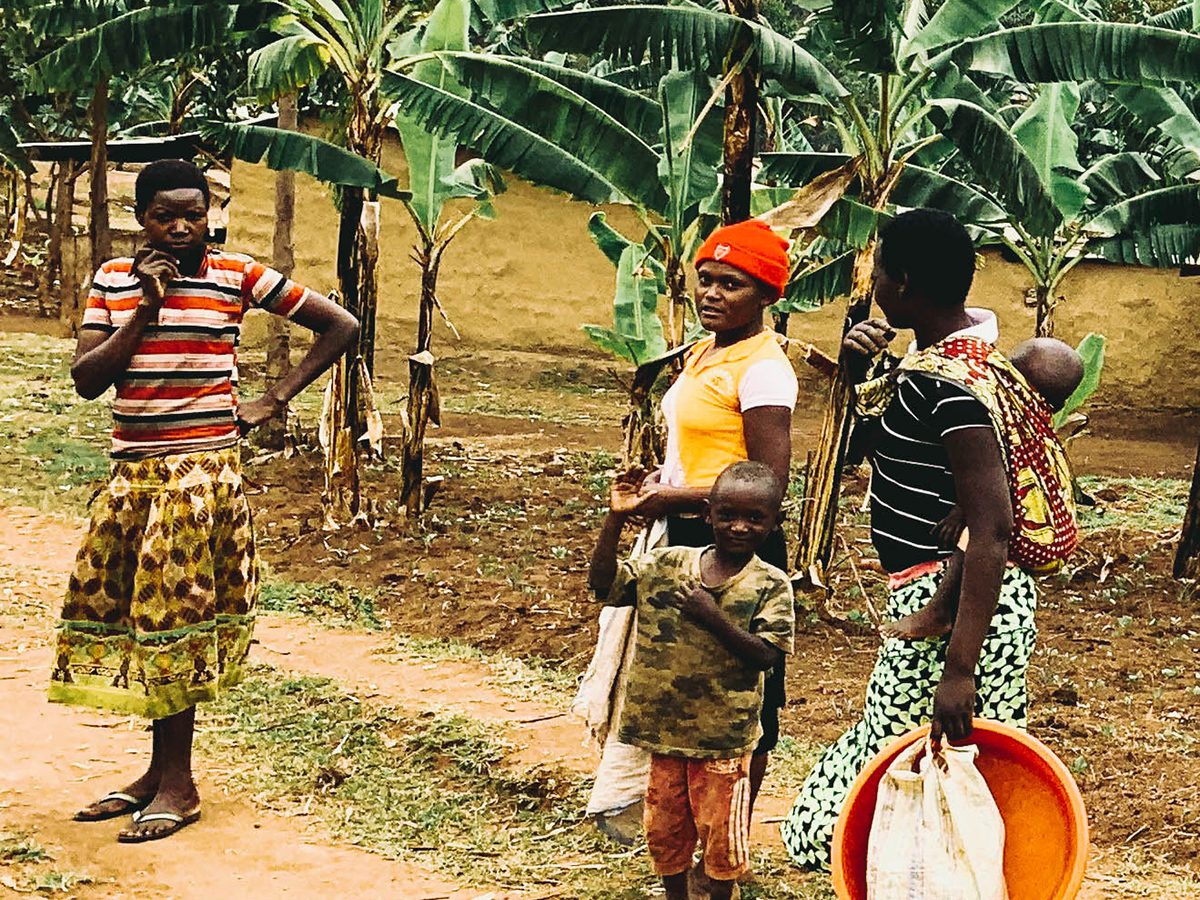 Our team in Namibia recently began monitoring in a new location, right on the border of a neighboring country. During a tour of a nearby marketplace, they witnessed people being sold into labor for less than a dollar.

It was after a presentation on our transit monitoring strategy that an immigration official offered to take our project manager and monitors on a tour of the area to show them some of the local hotspots known for human trafficking activity.

As the official guided our staff around one of the more popular local markets, the team was shocked to see such blatant trafficking taking place out in the open. The monitors were told that the people being sold were foreigners from the neighboring country and that three known individuals frequently travel to this country to specifically recruit people for work in Namibia, from nearby towns to areas 600 kilometers away from the border.

These recruiters often entice minors, telling them wonderful things about Namibia. They promise them a better life and arrange and pay for their travel to this border town where the market is located. Upon arrival, the travelers are told to stand under a tree where they are then sold to people who negotiate with the facilitators, who get a cut of the sale. Some of these victims of exploitation return from their jobs at night, only to sleep beneath the same tree under which they were sold. Most, however, never come back.

After a week of developing relationships with immigration officials in the area, our team learned of a case that could be traced back to this border town, involving foreign minor boys working in the coal mines in Namibia. This case prompted our project manager and monitors to ask authorities if they could work on helping the people in the market go home if they wanted to. And so began our rescue mission. 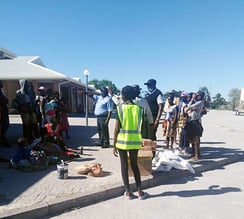 Our monitors started talking to the foreigners, asking how and why they had come to Namibia and if they would prefer to go home. Many had hoped for a better life in Namibia, but they now found themselves in a situation far worse than anything they could have imagined. In addition, many of them had babies who were sick, and they couldn't do anything about it. They were unable to seek medical treatment, and their recruiters would only give them enough bread to survive.

Many of those being exploited told our team they would prefer to go back home and live off of their land rather than continue to be mistreated and abused while risking their lives and their children's lives. The first group of people we helped return home were given bread for the journey and some maize meal to help them survive and get back on their feet when they arrived in their village.

After this initial group was safely empowered to travel back to their homes, more and more groups began approaching our monitors for assistance. Many of them came from similar marketplaces in nearby towns because they had heard that we were offering a way out of their dire situations. Among the people who gathered were many young adults, small children, and even teenagers with babies of their own. Our project manager shares, “It was heartbreaking to see. In total, there were 90 people (and more babies not counted) who returned to their country with hopes of a better life safely at home.”

We began our anti-trafficking work in Namibia in 2020. Since that time, our teams have intercepted over 200 people to prevent them from entering a life of slavery. The country is predominantly a source and destination country for human trafficking for the purposes of labor and sex trafficking. The U.S. Department of State ranked Namibia as a Tier 1 country in its efforts to combat trafficking, noting especially the country’s failure to convict any traffickers or to refer any victims of trafficking to aftercare. In addition, children are believed to be trafficked more frequently than adults. 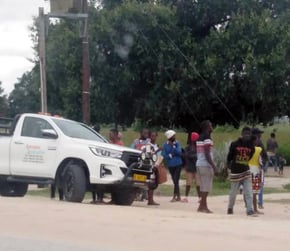 In 2017, the government trained over 1,000 key actors including law enforcement, immigration, labor officials, social workers, church leaders, journalists, and prosecutors. In 2018, the government partnered with an international NGO on improving investigations to be more victim-centered and equipping "trainers" in all of Namibia’s geographic regions.

Namibia is a very tribal-oriented country, so most of the geographic land is divided by ethnic boundaries. This division has caused certain regions to be more vulnerable to trafficking, both internally and externally, and due to the division, the majority of the country is not concerned with the welfare of states that have different ethnic backgrounds, according to an in-country contact. The southern region has been noted, especially by in-country contacts, as being discriminated against and thus of a higher vulnerability.

Namibian children are subjected to labor exploitation in domestic service, cattle herding, and the agriculture industry. In addition, children are exploited in sex tourism and commercial sexual exploitation in Walvis Bay and the capital, Windhoek. Children are trafficked from Namibia’s rural regions to the urban centers, as well as to commercial farms. Children may also be forced to beg in Namibia’s city centers or may be exploited in the fishing industry.

As is common in many of the countries where LJI operates, the most typical recruitment method used by traffickers is a deceptive promise of employment. This includes labor exploitation in which victims are given legitimate wages to start, but gradually the work becomes increasingly exploitative over time. Traffickers are also believed to seek individuals who have crossed the South Africa or Angola border on foot without the promise of employment. As soon as these vulnerable people cross the border, traffickers approach them, offering them jobs.

Additionally, according to a Love Justice in-country contact, traffickers will recruit victims through their families with the promise of a better education in a different city or a work opportunity in which the child would be able to send money home.

These dire facts and statistics are disheartening, and it can feel incredibly overwhelming to think of tangible ways to take action and bring change. However, we are determined to combat the horrific reality of human trafficking and slavery taking place in Namibia—empowering one beautiful life at a time. We continue to actively expand our work within the country and train our teams to recognize the various signs of trafficking and then intervene to protect the most vulnerable.

For more information about our anti-trafficking efforts in Namibia and to meet the team working in the field to prevent people from being sold into slavery, visit here.