Investigator's Past Fuels Her Passion to Help End Trafficking

The people working on the front lines to stop human trafficking and fight for freedom are our silent heroes. They work enshrouded in the shadows of secrecy, behind closed doors, and they often put their lives on the line for the sake of saving others. They are driven by a deep-rooted conviction to help those most susceptible to being horribly exploited and victimized by such a devastating and depraved industry.

Cheryl*, an investigator for Love Justice, believes strongly that the work she is doing to help in the fight to end human trafficking is her calling. Her personal journey that led her to this point is both sobering and inspiring.

Cheryl grew up in an intensely dark environment of both physical and mental abuse. She shares, “I lived quite a hellish life. Physical abuse, sexual abuse, emotional abuse that left me quite broken.” Over time, this abuse became so debilitating that she withdrew into herself more and more until she eventually became a selective mute for many years, hindering her ability to effectively communicate with anyone. This only fueled the solitude she was consumed by, making it almost impossible for her to make friends or reach out for help.

“I just pretty much lost my way for most of my life and became severely depressed and suicidal in my teens.” It was in her twenties that Cheryl states, “I finally just crashed and burned from a variety of circumstances, and when I did, I got into a terrible life of prostitution. In a moment of desperation, I started working at a brothel and using drugs to deal with what I was doing and the life I was living.” 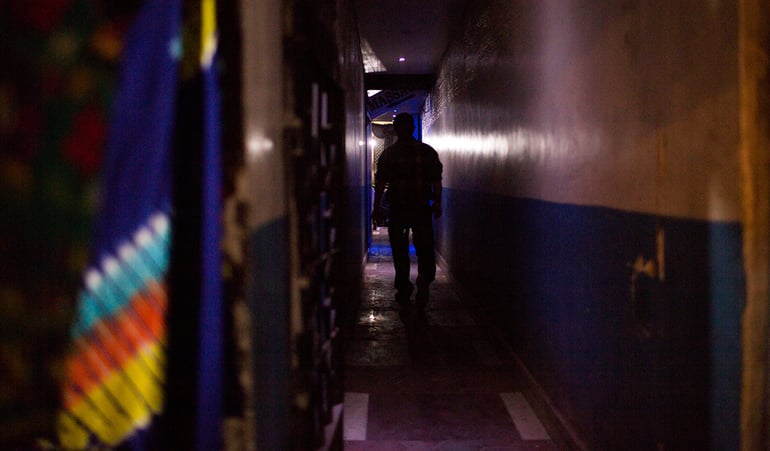 After several years living in the brothel, Cheryl distinctly remembers one morning, “It just got to be too much. I was struggling to sleep; it just felt like God was always annoying me with a restlessness inside me because He wanted to reach me. So, I got out of bed frustrated and had a tantrum because I couldn’t sleep, and it was then that I cried out to God—quite literally a cry out. I was yelling at God, and I shouted, ‘If you exist, God, show me; if you love me, show me, because I don’t believe you!”

She continues, “Literally, one week later, He changed my life.”

Although Cheryl doesn’t share the specific details of what unfolded during that week, the light and hope that simply radiates from her eyes is a true testament to the transformation that has taken place in her life. She shares with a genuine smile on her face, "I can even see how God has taken my own dramatic circumstances and turned them into strengths." In time, she found herself pursuing various work and outreach to those who need it most. It was during this pursuit that she began meeting many trafficking victims, and her heart for them compelled her to get involved. “I couldn't resist looking for a way to help them," she states.

Cheryl continues, “I got to experience the brothel life for myself. I saw the brokenness there, the girls … their lives just wrecked, the drugs, the control of the madam or ‘mama,’ and the pimps. And even though I had chosen that life for myself initially, I was still very much controlled, and that stirred up quite a bit of passion in me to do what I do now.” That passion eventually led her on the path to join the Love Justice investigative team.

Today, Cheryl works tirelessly and fearlessly to gather information that can be used as evidence for the police to aid in the arrest and conviction of traffickers. In addition, she helps train police officers, social workers, and anyone interested in ways to identify victims of trafficking as well as the traffickers themselves.

Ultimately, as people become more aware of this devastating industry, Cheryl hopes that they will find more compassion in their hearts and be more like Jesus. She explains, “I think if we were to look at people with love and compassion, there would really be a strong desire to help and to heal, to change this world.”

Cheryl points out the fact that she’s both experienced and seen firsthand how people view sex workers. She states, “There's so much judgement. There’s a judgement against the girls, judgement against the drug addicts. There’s a judgement against most people if they’re not exactly like you. And at the end of the day, we’ve all got our weaknesses, and we’ve all got our difficulties. But you know, whether we’ve chosen them or they’ve been chosen for us, there’s just an incredible power in just having a heart of compassion towards people. And that’s where I believe people are set free.”

The sincere and genuine love and compassion that exudes from Cheryl is contagious. She is transparent in her desire to help people, to see justice served, and to empower others with hope and love. “Someone had compassion on me, and it changed my life. And I’ve seen it with other people as well. There’s a heart for people that changes lives. Love heals. Love is the biggest healer.”

Thank you, thank you, thank you to our Project Beautiful members for making the work Cheryl does possible. To learn more about our anti-trafficking work and tangible ways that you can make a difference in the fight to end human trafficking and impact lives with freedom and hope, visit here.

*All content, data and statistics current at the date and time of publishing.