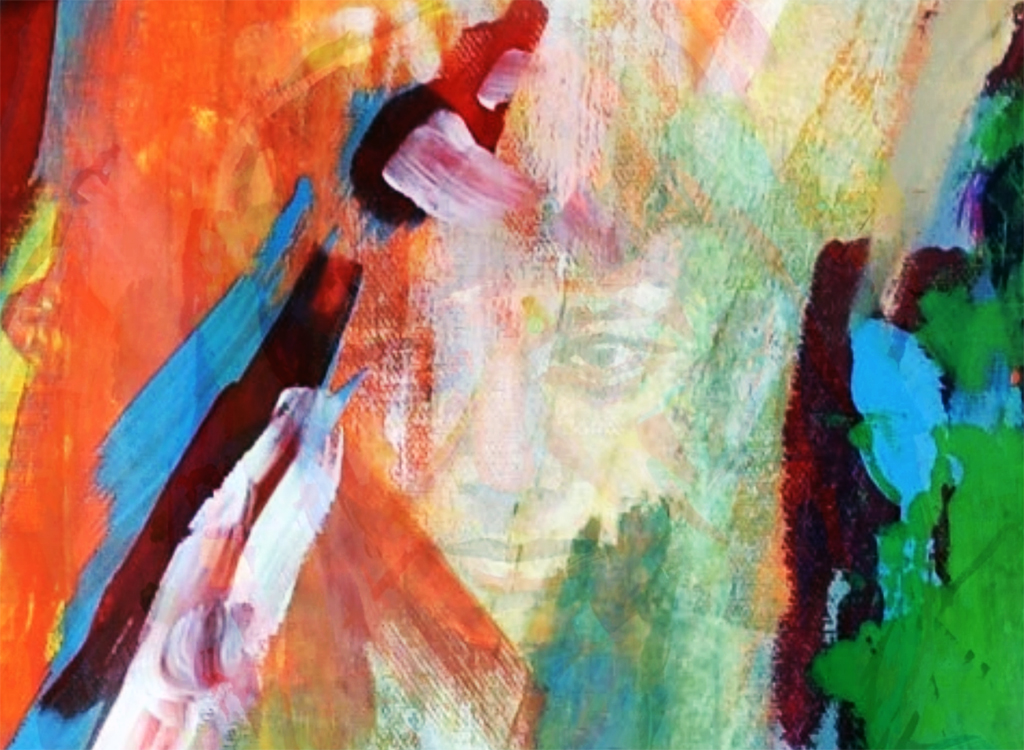 At Love Justice, we are privileged to partner with other mission-minded organizations with a heart for justice in the fight to end human trafficking. Freedom 58 Project is a collaborative movement working to raise awareness and help end modern-day slavery and violent oppression around the world.

Founded in 2009 by husband and wife Bob and Libby Swenson, Freedom 58 uses art in the form of painted portraits to celebrate the lives and stories of human trafficking survivors—recognizing their dignity, honor, and beauty. The art exhibit, “Faces of Freedom: Voices Calling for an End to Modern-Day Slavery,” consists of over 200 oil paintings that highlight survivors’ stories and the anti-trafficking organizations that are supporting these survivors and creating movements to end slavery in our lifetime. 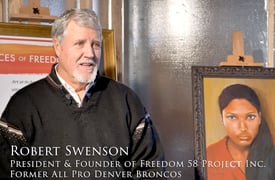 Bob Swenson, a former All-Pro linebacker for the Denver Broncos and member of the legendary “Orange Crush” defense, is the driving force behind the nonprofit’s mission. “When my wife first told me that there were over 40 million people living in slavery today, I didn’t believe it,” he states. He proceeds to share how he then read the book Half the Sky: Turning Oppression into Opportunity for Women Worldwide by Nicholas Kristof and Sheryl WuDunn and from there spent the next two years reading more books and watching informative documentaries until he became convinced of the tremendous need to help the poor and the oppressed.

For Libby, her passion for justice began to stir as a college student when she had the opportunity one summer to work in an orphanage in a developing country. “For the first time in my life, I was confronted with the brutal reality of the oppression of the poor and how systems of injustice literally take away the life and dignity of the poor and vulnerable. Several of the children I worked with died of starvation after I left because they weren’t deemed ‘necessary to society,’” she states. She continues sharing, “This had a profound impact on my life, and I committed myself to being a part of the solution to grave injustices around the world.” 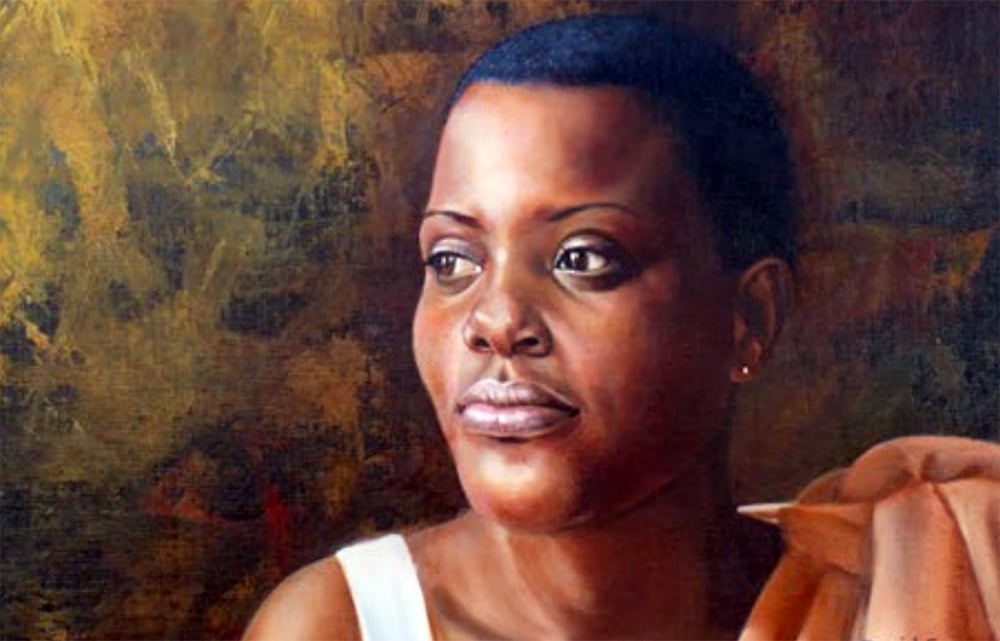 Libby shares that she first learned about human trafficking in 2006 when the founder of International Justice Mission (IJM) spoke at an event about the problem of modern-day slavery. Since that time, Libby has been passionate about getting involved and encouraging others to join the fight to end trafficking. 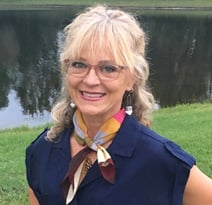 When she and Bob formed Freedom 58, Love Justice became their first official partner. “For years I have been so impressed with not only the people, but also the unique strategy of transit monitoring with LJI. The fact that LJI intercepts people as they are being trafficked and before they are exploited is remarkable,” shares Libby. Then in October of 2018, she joined the Love Justice team as a regional director of development. She states, “It has been pure joy to join the LJI team as we work together to end the greatest injustices in the world.”

Since its founding, Freedom 58 has recognized the need to mobilize the larger community to action in the fight to end modern-day slavery around the world. It has since expanded to travel to communities across the nation, visiting schools, universities, libraries, churches, galleries, hospitals, and other civic venues.

There are many anti-trafficking organizations working to see this horrific injustice end in this century. It is the mission of Freedom 58 to come alongside these organizations, to promote their cause, and to help raise funds for their valuable work by increasing awareness about this sobering issue.

“We believe artists have a unique ability to observe people deeply and create dignity, hope, and beauty amidst the brokenness of our world. Through the Faces of Freedom art exhibit, artists utilize their talents to bring light to the true stories behind the scourge of slavery and violent oppression,” shares Bob. 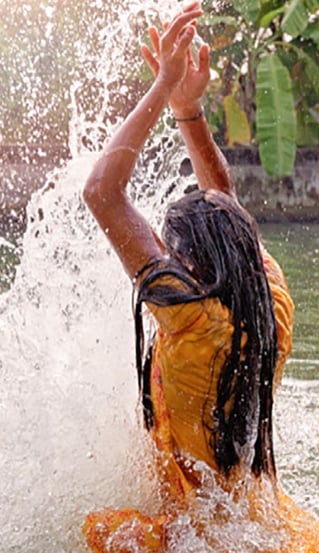 The exhibit invites visitors to follow survivors’ real-life journeys from oppression to rescue, restoration, and ultimately freedom. The paintings, each crafted by an accomplished artist, give viewers a chance to enter into a victim’s experience, reflect on their own stories of injustice, and be inspired to take action.

One of these stories shares the horrific experience of Mien*. Mien’s family was destitute, a fact well-known by multiple pimps and brothel owners nearby. They began pressuring Mien’s mother to sell her into the brothel in order to help support the family and ensure their survival. At first Mien’s mother resisted, but finally she succumbed to the pressure.

At age 14, Mien’s virginity was sold at a local brothel a block from her home. From that first day forward, she was raped an average of three times a day.

Mien lived in that hell for three years until, thankfully, a raid was conducted on the brothel. She was rescued and brought to a shelter for medical attention and counseling. After receiving care and trauma therapy, Mien, along with eight other victims, testified against five perpetrators who were eventually convicted and sent to prison.

Mien is now married and works as a tailor for two separate businesses, thus offering her an income and the chance to be successful, independent, and free.

As visitors walk through the exhibit reading numerous stories like Mien’s, they are encouraged to consider a series of questions as they view each painting, and then they are invited to learn practical ways to join the fight against oppression.

Determined to inspire others to get involved, Freedom 58 and Love Justice are collaborating for their second annual fundraiser, Justice on the Blue. The primary purpose of this event is to raise awareness about modern-day slavery and to introduce people to a lifetime pursuit of justice. Watch the following video and visit JusticeOnTheBlue.com to find more detailed information about this exclusive event. “Injustice is having knowledge, opportunity, and capacity, yet remaining silent.” – Bob Swenson

*All content, data, and statistics current at the date and time of publishing. *Names changed and specific locations omitted for privacy and security purposes.

Investigator's Past Fuels Her Passion to Help End Trafficking

Ministering to the Orphaned and Abandoned