Brothers Forced into Slavery on Lake Volta for 10 Years, Intercepted!

For nearly 10 years, two brothers lived under the control of a suspected trafficker in the region of Lake Volta, Ghana. Lured away from their home with the false promise of furthering their education, the boys found themselves being forced to work under the most grueling and inhumane conditions of the lake’s fishing industry.

When Daniel* (18) and Amos* (16) were very young, their parents divorced and their mother left, leaving them in the care of their father. One day, a man by the name of Mr. Kwame* approached their dad, offering to take the boys away for a good education in his hometown of Azizakpe. Hesitant to trust a stranger, the father refused the offer.

Mr. Kwame, however, approached Daniel and Amos later that same day when they were alone at the market. He offered to sponsor them, stating they could live with him and attend a reputable school in his town. He lured them with the hope of a better life, enticing them with the promise of a good education and the possibility of making their own way in the world.

In addition, he lied to the young boys, claiming their father had already agreed to let them go with him. This convinced the two brothers, and they readily accepted his offer. Without giving the young boys the opportunity to say goodbye to their dad, Mr. Kwame took them straight to the nearest transit station.

Traveling without any luggage or extra clothing, Daniel and Amos boarded a bus and began what they believed to be an exciting journey to a brighter future. The boys recall that it was late in the evening, and they quickly fell asleep. When they awoke, the bus was pulling into a community near Lake Volta.

When the brothers stepped off the bus, they were immediately handed over to a man named Mr. Armah* and were instructed that he would now be their “master.” From there, they were taken by boat to his home in Atsonglokpo. Shortly after their arrival, Mr. Armah introduced them to fishing on Lake Volta and what would be their daily existence for the next 10 years.

At the time of their abduction, Daniel was about 8 years old, and Amos was only 6. Since that fateful day, they never again had any contact with their parents, and because they were so young when they were taken, they lost all memory of where their home was located as well any recollection of their father or mother.

At their young and vulnerable age, the brothers had no other option but to comply with their master. They worked long and grueling hours in extremely difficult conditions. They were forced to fish from 5:30 a.m. to 10:00 a.m., sometimes accompanied by their master and other labor trafficking victims; other times, they were sent out on the lake on their own. After their morning fishing session, Daniel and Amos then returned to fish from 6:30 p.m. to 1:00 a.m., or sometimes even as late as 3:00 a.m., depending on the season.

In addition to their unbearable work hours, the brothers also endured frequent abuse and were not given adequate housing or food. They were forced to sleep on straw mats on the floor of a crudely built room made out of mud. Meanwhile, their master’s house was cemented and constructed with fixed doors and windows. Without adequate sleep or nutrition, the brothers were often struggling to survive. One day, Amos was tied to a tree and viciously beaten by Mr. Armah because he had been fighting with the master’s children in a desperate attempt to get some more food.

Because the two brothers were older than most of the other children working on Lake Volta, they were forced to do a lot of the strenuous labor including casting the nets, hauling in heavy pounds of fish, and swimming the depths of the lake to untangle the nets. While they were enduring these harsh conditions each day, Mr. Armah’s 12 biological children were all enrolled in reputable schools or apprenticeships.

Knowing the value and benefit of a good education, Mr. Armah made sure his own children received the best schooling possible. He often boasted of a son who was preparing to attend university, another son working for the police, a daughter employed at a local hospital, and several other children who were talented artisans.

Daniel and Amos suffered under this horrendous enslavement until our monitoring team found out about their situation and carried out a rescue operation in the middle of the night in February of 2021. The brothers were successfully rescued from the abuse and placed with trusted caregivers pending family tracing, reintegration, and rehabilitation. 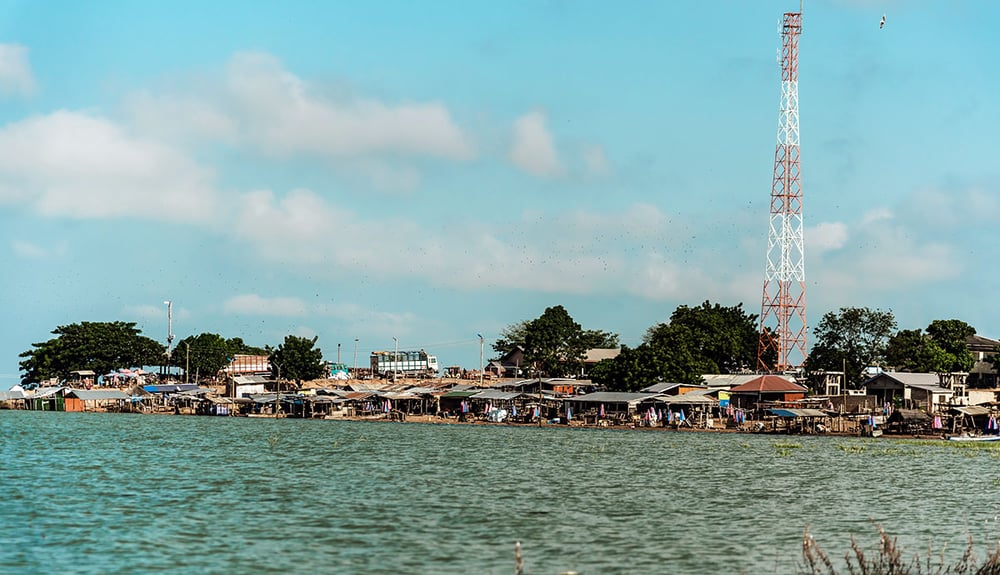 After spending some time with our staff, Daniel and Amos revealed that they never originally knew about a financial agreement between Mr. Kwame and Mr. Armah. It was not until years later when the boys were older and able to better understand what had happened to them that they realized Mr. Kwame was the middleman Mr. Armah used to recruit his victims. The brothers recalled that Mr. Kwame would show up on a regular basis to meet with Mr. Armah in order to receive his annual payments for recruiting them.

Children, like Daniel and Amos, are used as workers in the fishing industry on Lake Volta because they are considered cheap labor, and their small fingers are useful in releasing the fish from smaller nets. They are also forced to dive into the lake in order to disentangle fish nets that have gotten caught up in tree stumps below. This diving is an extremely dangerous job that can result in water-based diseases such as bilharzia and guinea worm—or sometimes even death from drowning. 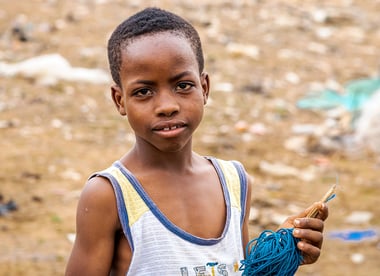 69.2% were drugged or drowsy when they were intercepted.⁠

24.4% were under the impression they were traveling to study.⁠

Do you believe more lives like Daniel’s and Amos’s are worth fighting for? Visit here to learn how you can fight for the freedom and safety of more boys just like them. Every dollar given toward our work is being MATCHED during the month of May—up to $500,000!