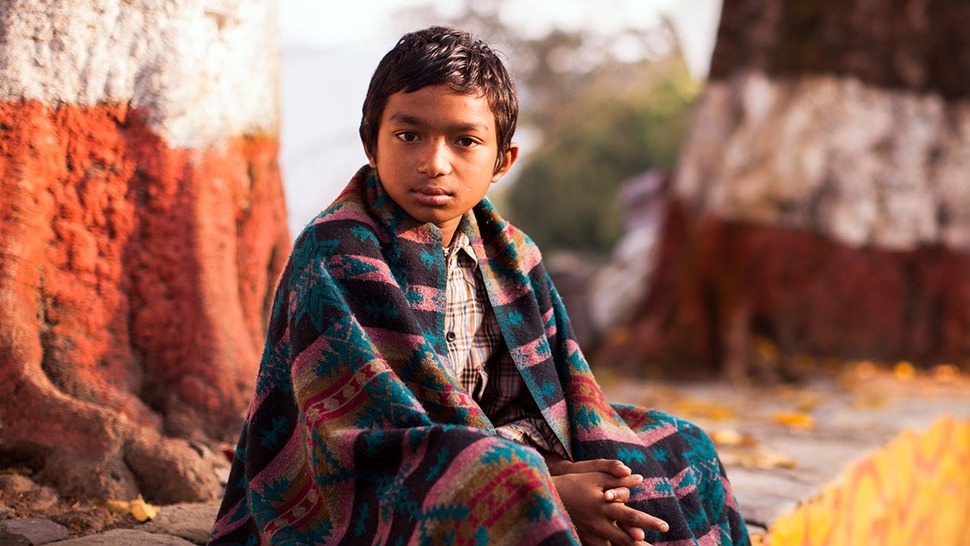 It was during the early morning hours that 14-year-old Samar* was first spotted by our transit monitoring team as they walked through a local bus terminal in Delhi, India. His sleeping, limp body, propped against the terminal’s wall, stood out among the 8–10 drug peddlers who were scattered around him, eyeing our staff as they approached.

Our monitors slowly walked past the group assessing the situation, their concern growing as the young boy continued to remain seemingly lifeless on the ground. Avni*, a member of the LJI team, stopped beside him and attempted to wake him up. After just a few moments of very little response, however, it was quickly ascertained that Samar had been heavily drugged. In order to ensure his safety, Avni stayed with him while the remainder of the team continued monitoring the area. It wasn’t until almost four hours later that he began to wake up.

After being fed and given some water, Samar finally began to come out of his drug-induced stupor. As Avni and the other team members began to gently and patiently probe him for information, Samar said, “I feel like I’ve been missing since yesterday, but I’m not really clear.”

Eventually, he was able to provide our staff with his father’s contact information, and they were able to locate him in a town about 25 miles away. The father was overwhelmed with relief when he learned that Samar was safe, and he shared with our team that he had been searching for his son for eight days. 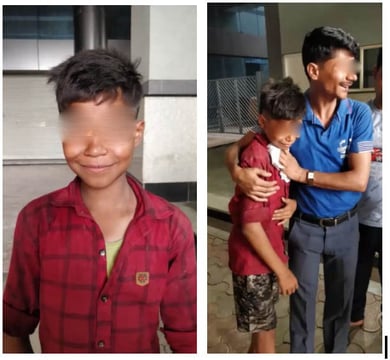 For over a week, Samar’s father had been frantic, desperately looking for his son and had tried every resource possible to locate him, even going to the police who refused to help or file a missing persons report. He was overwhelmed with gratitude when our team reached him and told him that Samar was not only found but safe and seemingly unharmed.

Samar’s father arrived at the bus terminal within an hour of being contacted. The two both broke down in tears, hugging each other and rejoicing in being reunited. A few weeks later, our staff followed up with the family and were informed that Samar was back in school and thriving.

LJI’s India Network Director S.J. states, “Samar’s interception is such a powerful example of how important the work is that we are doing.”

Recently, an article published by The Times of India reported a sobering story of police rescuing 14 children from a train in Delhi and apprehending 10 traffickers. The article states, “Due to the shortage of labourers in factories in the city, the police are anticipating a spurt in child trafficking cases in the coming days.”

The article continues to point out, “As per ILO statistics, about 12.9 million children aged between 7–17 years are engaged in work in India. The outbreak of coronavirus and its impact on the economy would have pushed more families into deprivation. Human trafficking rackets are well-networked and thrive in such desperate situations. Their activities are expected to increase at such a time. Authorities and NGOs hence need to be extra vigilant to foil and stop them.”

Watch the following video as S.J. shares the urgency to intervene in the moments between freedom and slavery: S.J. has witnessed firsthand the reality that young boys like Samar and others face when no one is there to step in on their behalf. Before coming on staff with Love Justice, he recalls one of his final assignments while working with another anti-trafficking nonprofit organization. He and his team had received reports of labor trafficking taking place at a factory just 10 minutes away from the New Delhi train station. They informed the local police and worked with them in organizing a raid of the factory.

When the team arrived and entered the building, they found the owner of the shop sitting on a mattress in the middle of the floor, refusing to move. With the help of the police, the group was able to remove the owner from the mattress and then uncover a hidden trapdoor. Below, they were shocked to find a three-story deep underground basement housing over 40 children. The area was completely cloaked in darkness.

Immediately, the team went to work extracting the children and getting them to safety. S.J. notes, “When we brought them out into the sunlight, they couldn’t even stand to open their eyes because it blinded them.” As each child became more acclimated, the team members began talking with them and asking them about what they had gone through. 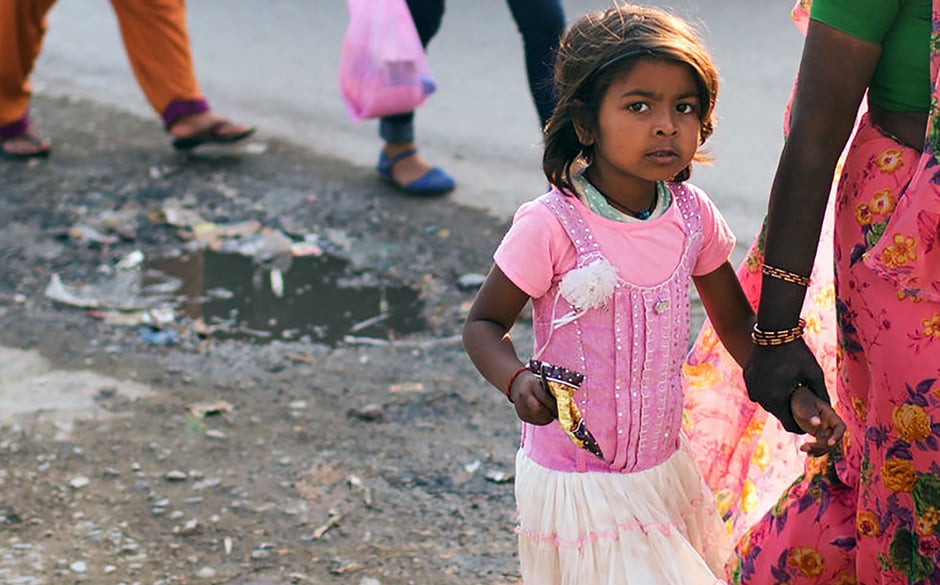 He continues, “As we visited with the children, we found out that most of them had been locked in there for 6–8 years. They were all around 14–15 years old; there were no adults. They were also unbelievably hungry, so we gave them food to eat and asked them what they had been given while they were trapped in that horrible hole. The boys shared with us that the owner would just randomly throw food down, and whoever got to it first were the only ones that would eat.”

Eventually, once the team was able to get the boys more settled, they began visiting with them and asking them how they ended up at the factory where they had been making cardboard boxes for gifts. Each child shared a very similar story.

“All of them literally said that they had gotten separated or lost at the railway station just 10 minutes away from the factory. Each one shared how they had been approached by someone offering them food and something to drink only to find themselves later trapped in this dark hole from which there was no escape,” states S.J.

Ten minutes between freedom and slavery

In recent years, India has progressed in strengthening its laws on child labor; however, in the past six months—with the fallout of COVID-19 taking a toll on the economy—that work has started to unravel. Since March when India first went into a strict lockdown closing both schools and workplaces, millions of children have been deprived of the midday meal they used to receive at school, and many people have lost their jobs. Traffickers are exploiting this tragic situation by targeting those families and children that are the most desperate to simply survive and meet their basic daily needs.

The New Delhi Railway Station, where our team works, is a powerful representation of how quickly one person’s life can forever change in just a moment. A simple offer of food or something to drink can result in a future of extreme exploitation and abuse.

“I know sometimes when we do an intercept it’s hard to tangibly see the impact that we’re making, but this story should encourage all of us that what we are doing makes a huge difference! As our transit monitors work at the New Delhi Railway Station, it’s so important to understand that just moments away on one side of the station is where the red light district of Delhi is. Then, just moments away in the other direction is where all the factories are located. It’s less than a 10-minute walk … literally less than 10 minutes from freedom to slavery. And that’s slavery for life,” states S.J.

He continues by sharing, “That’s why the work we are doing is so important. Every day we are stopping someone from falling into a tragic fate. It’s a 10-minute window between freedom and slavery. ... That’s all we have.” 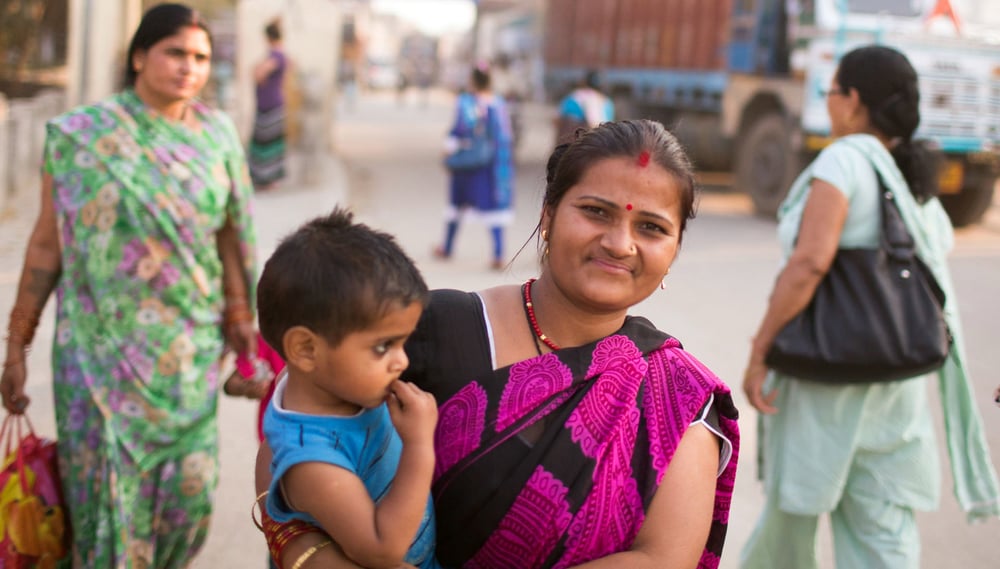 By joining forces with us, you can help us intervene in those critical moments to stop innocent people from being trafficked and change the story of their lives. And during the month of December, every gift given up to $300,000 is being matched by generous donors. Don’t miss this opportunity to change the story for someone in the process of being trafficked.