Young Girl Lured by False Promise of Marriage: A Love Justice Story of Freedom Versus Slavery

The sun was setting, sending a hazy red glow through the window. Manju* finished setting the table for dinner and called for the rest of the family to come sit down. As the family filed in, one person was conspicuously missing: her younger sister, Kalyani.* 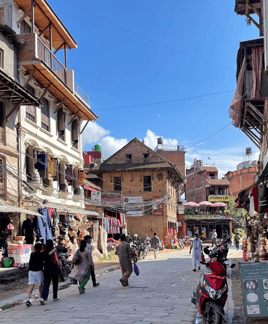 “Have you seen Kalyani?” Manju asked her mother. Her mother shook her head. Manju went to the window to look out on the street.

There was her sister, walking slowly down the road … with a man. Manju recognized him as their neighbor, Mursaleen,* nearly ten years older than 16-year-old Kalyani. Manju had seen him eyeing her sister ever since he’d moved in next door a little over a year ago. The intensity of his gaze toward her sister made Manju uneasy.

When Kalyani eventually made her way inside the home, she looked dazed and happy. “Sorry I’m late for dinner!” she called out in a sing-song voice.

A week later, she was gone.

Kalyani was breathless with excitement as she rode the train to the city. Mursaleen loved her and wanted to marry her. She’d never been so happy. Today is the beginning of a new life, she thought.

She had been a little disappointed when he had asked her not to tell her family about the engagement. “Surely they’ll be happy for us!” she’d protested.

“They can be just as happy for us when we return,” he’d insisted. “And think how fun it will be to surprise them when we arrive as Mr. and Mrs.”

Her sister would be wildly jealous. The thought made her giddy.

Mursaleen had gone ahead of her to the city so as not to draw suspicion, but he promised to meet her there when she arrived.

When the train pulled into the station, Kalyani looked for Mursaleen through the thin bars on the open-air window. There were hundreds of people carrying baggage this way and that, sitting, standing, waiting, talking. She’d never seen so many people in one place. How would she ever find him? 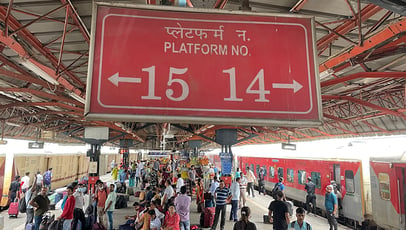 She stepped off the train and stood by the side for a few minutes, unsure of what to do. She had Mursaleen’s number but no phone to call him. She needed to find a payphone or someone who might let her borrow a phone, so she decided to walk around.

The station was large and packed with people. It felt overwhelming to a girl from a small village. She eventually found a police officer who directed her toward a payphone, and she called Mursaleen.

“Wait there; I’ll come find you,” he said over the phone.

Finally she saw him approaching, and she almost cried in relief. Now they could go sign the marriage papers and begin their lives together!

They walked out of the busy train station onto an even more chaotic street. Mursaleen said he was looking for a rickshaw driver to take them to the courthouse, but they passed many empty rickshaws and Mursaleen kept walking.

“I have a friend who drives a rickshaw around here; he’s parked just down this street,” Mursaleen explained. 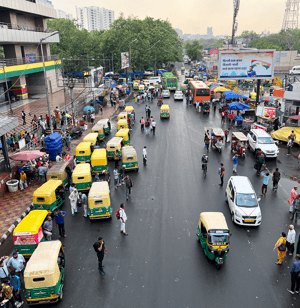 There were so many cars, rickshaws, vendors, pedestrians, noise—so much noise. Kalyani focused on Mursaleen, keeping up with his long strides. The chaos was temporary, she reminded herself. Soon they’d be in a cozy hotel as husband and wife, and then back home in the quiet village near her family.

It seemed Mursaleen knew many people in this area. Shopkeepers sitting outside greeted him by name. He stopped at one of them and asked for a price. Kalyani assumed it was his friend he’d been looking for, and he was bargaining for the rickshaw ride.

To her surprise, the friend gave Mursaleen money. Why would he pay Mursaleen to give them a ride? she wondered.

But then his friend took her up a dark stairwell, and Mursaleen didn’t follow. She looked back for a moment, but he didn’t meet her eyes.

Confused, she was led by the friend into an apartment at the top of the stairs. There were other women there, surveying the new arrival. “Welcome to your new home,” one of them said, with a hint of sarcasm.

“I’m not staying here; my fiancé is downstairs. I’m not sure what’s going on,” she said, on the verge of tears.

“Sweetie,” one of the women said, “your ‘fiancé’ just sold you to a brothel.”

She stepped off the train and stood by the side for a few minutes, unsure of what to do. She had Mursaleen’s number but no phone to call him. She thought she needed to find a payphone or someone who might let her borrow a phone, so she decided to walk around.

The station was large and packed with people. It felt overwhelming to a girl from a small village. 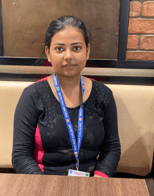 Just as she started walking, a girl wearing some sort of badge who appeared a little older than her sister approached and kindly asked if she needed any help.

“I’m visiting my brother, Mursaleen,” she lied. “But I’m not sure how to find him. Do you have a phone I can borrow?”

The girl said she did and invited Kalyani to come to the booth where she worked, where it would be quieter. While they walked, she asked Kalyani more questions about the trip and why she had come.

“Do your parents know you are here?” she asked.

“My parents both died when I was young,” Kalyani lied again. “I live with my uncle and his family—Mursaleen is my uncle’s son, but he’s like a brother to me.”

Reaching the booth, the girl used her phone to call Mursaleen. “Hi there, are you picking up a girl named Kalyani at the train station?” she asked.

“Do you know Kalyani?” the girl tried again.

Why would he say that? Kalyani wondered.

The girl called back and handed the phone to her. “Mursaleen?” she said tentatively. “It’s Kalyani.”

The girl took the phone back from Kalyani. “Do you recognize her now?” she asked.

Immediately, the call was disconnected. When they tried calling again, the call went straight to voicemail.

Kalyani felt distressed at his response. What did he expect her to do?

The girl invited her to sit down and chat a bit more, introducing her to the rest of her team and explaining that they all wanted to make sure she was safe. When Kalyani gave them permission to see her travel documents, they found her mother’s phone number listed as an emergency contact and dialed it.

Manju answered. “Yes, Kalyani is my sister. Is she all right?”

“She’s safe; we are with her now at the train station. She says her brother, Mursaleen, is coming to pick her up.”

“Mursaleen is our neighbor,” Manju corrected. “I’m scared she might be in danger; can you keep her safe until we can come pick her up?”

The girl assured her they would. At this point, another voice interjected, slightly hysterical. “I’m Kalyani’s mother,” she said, and then burst into tears. “My husband and I have been looking for her since yesterday morning.”

Kalyani knew her cover was blown but didn’t care because she suddenly felt homesick hearing her mother’s voice. As she continued to talk with the girl after the call, she confessed her plan to elope. The girl explained the potential dangers of the situation, the brothels just five minutes down the street where so many other young girls like her had been tricked and left behind. Since Kalyani didn’t know the area, didn’t know where Mursaleen was or how to find him, and didn’t have the resources to stay safe on her own, the girl advised her to go home with her family.

Kalyani wanted to be done with this noisy, crowded station. She was upset that Mursaleen had left her to fend for herself in this chaotic place. Surely if he had loved her, he would have been willing to marry her at home in her village with her parents’ blessing.

A few hours later, her father arrived to pick her up. Kalyani was afraid he would be mad at her, but when she saw his eyes brimming with tears, she couldn’t help herself from running to embrace him.

The team explained the situation to him and counseled him on his daughter’s vulnerability to human trafficking.

“I will certainly file a police report against Mursaleen as soon as we return home,” he said. “Thank you for keeping my daughter safe.”
— 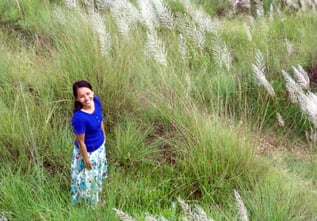 Kalyani’s story did not end in slavery, but many other stories do.

Half a million people pass through this train station every day. Many runaway children and young girls are lured to the city with the promise of a new life, only to be deceived and sold into a life of slavery.

Our monitors stand watch to stop this from happening. In the last six months alone, they’ve intercepted nearly 600 people like Kalyani at this train station to prevent them from being trafficked.

With your help, we can keep more people free. 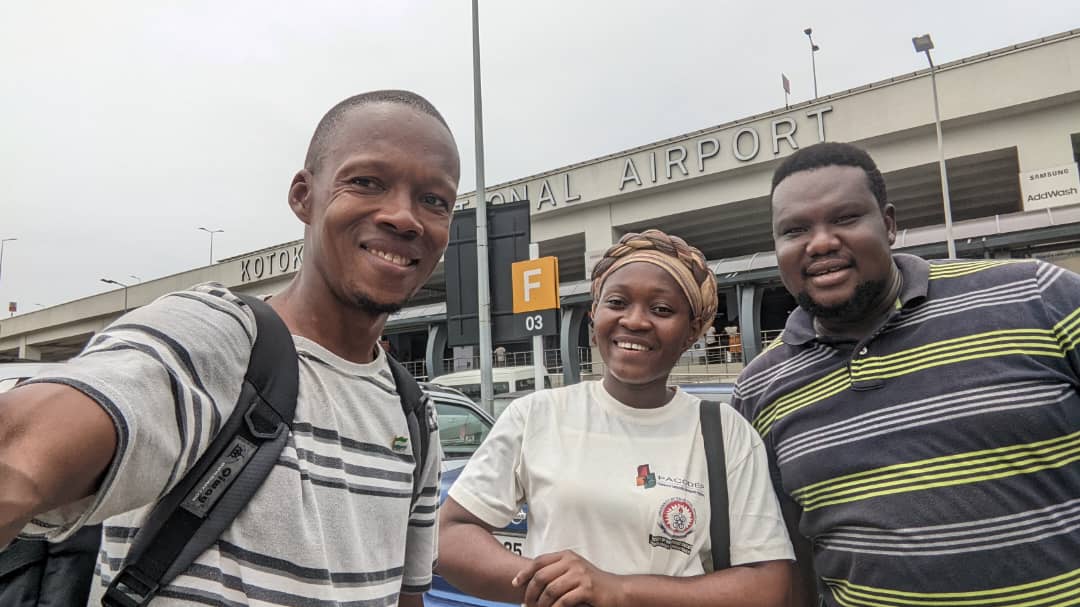 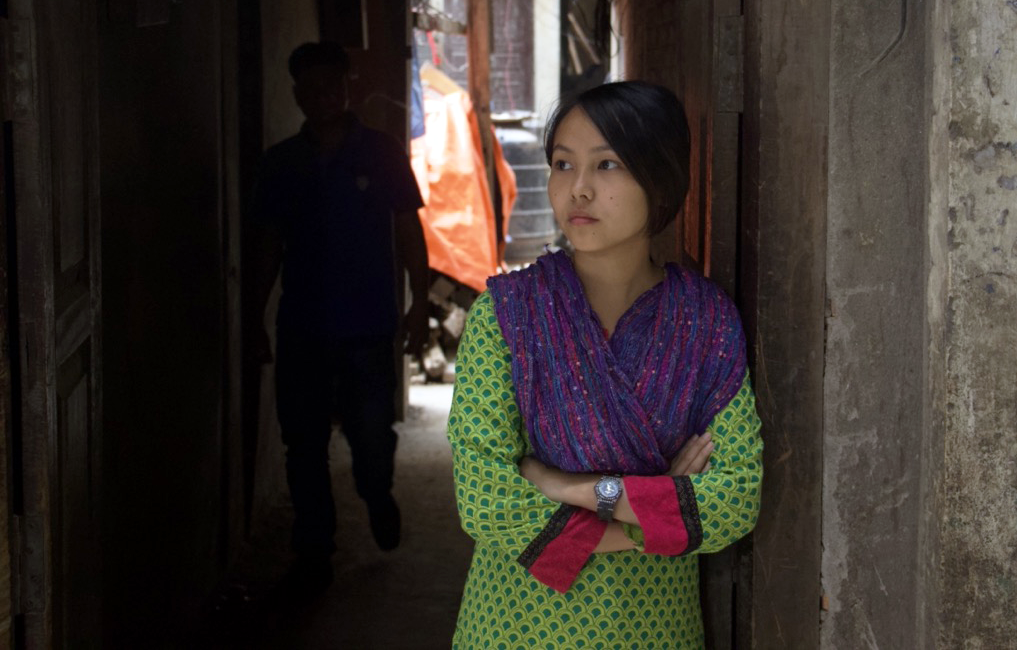 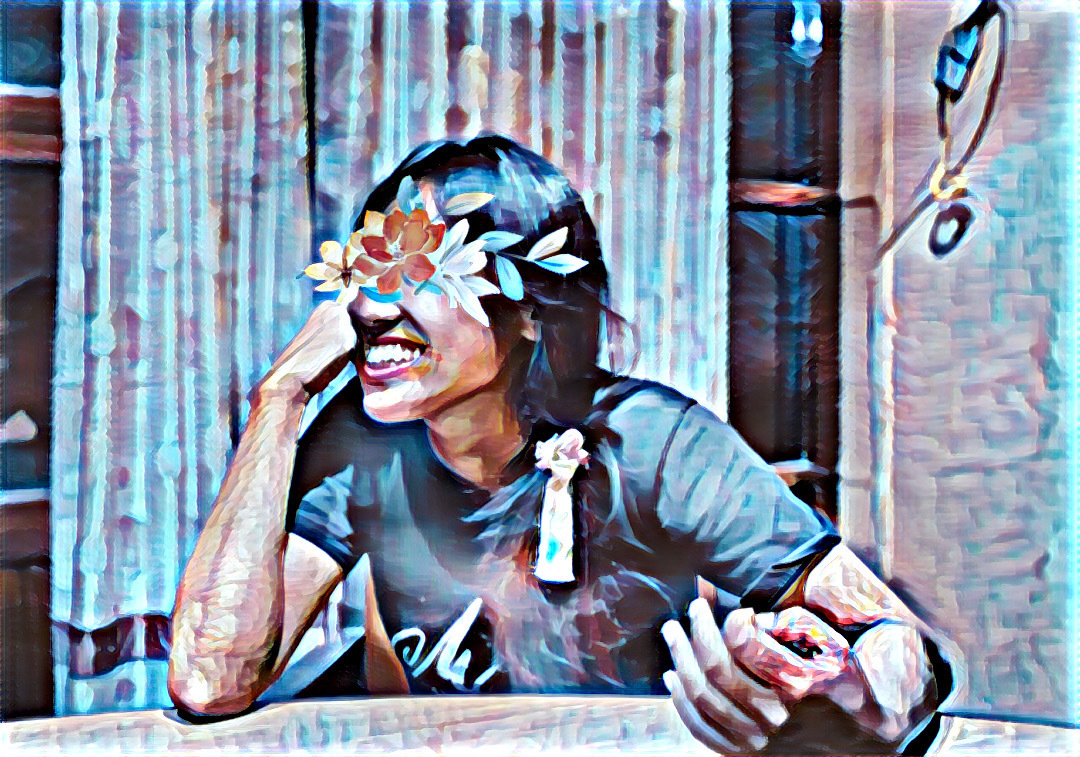