On Lake Volta in Ghana, tens of thousands of children, as young as six years old, are trafficked on fishing boats.

In the northeastern parts of Ghana two major rivers, the Black Volta and White Volta, historically converged. When the Akosombo Dam was built in the mid-1960s, this confluence was swallowed up by one of the largest man-made lakes in the world. Covering nearly 4% of Ghana’s land area and requiring the resettlement of over 78,000 people, Lake Volta now provides hydroelectric power, irrigation, transport to the coastal regions, and commercial fishing for the inhabitants of the country.

From the slimmer northern sections of the lake to the vast sea-like area in the south, the lake is covered by both commercial boats and village-constructed canoes. These boats are used for transporting people around the lake, harvesting the deadwood found just beneath the surface of the water, and most importantly fishing. In total, about 82,000 megatons of fish are harvested from the lake annually of which 75% is consumed locally, making the lake critical to the health of the Ghanian people. 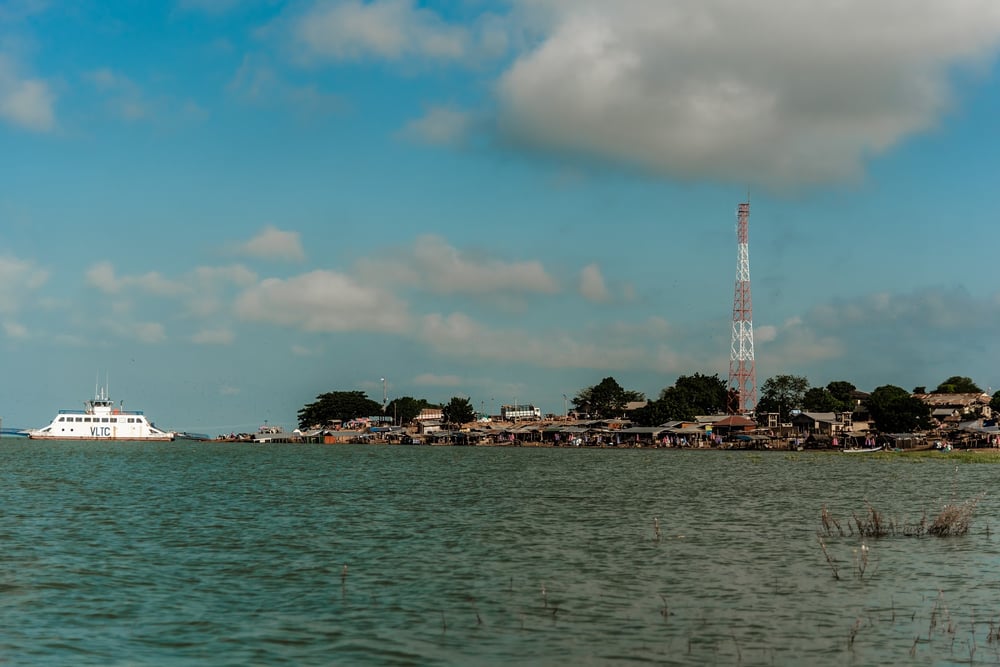 The abundance of fish has created work opportunities in a country that battles high levels of unemployment, but it’s the fishing industry that has generated an ongoing controversy that is still being debated within the halls of the Ghanian parliament. This dispute is centered around the disturbing statistic that an estimated 7,000 to 40,000 children work in this industry. To some, it is seen as apprenticeship, to others child labor and slavery. The issue has been reported on by The Guardian and The CNN Freedom Project, but only a handful of research papers covering the problem have been completed, and they almost exclusively focus on the southern areas of the lake. 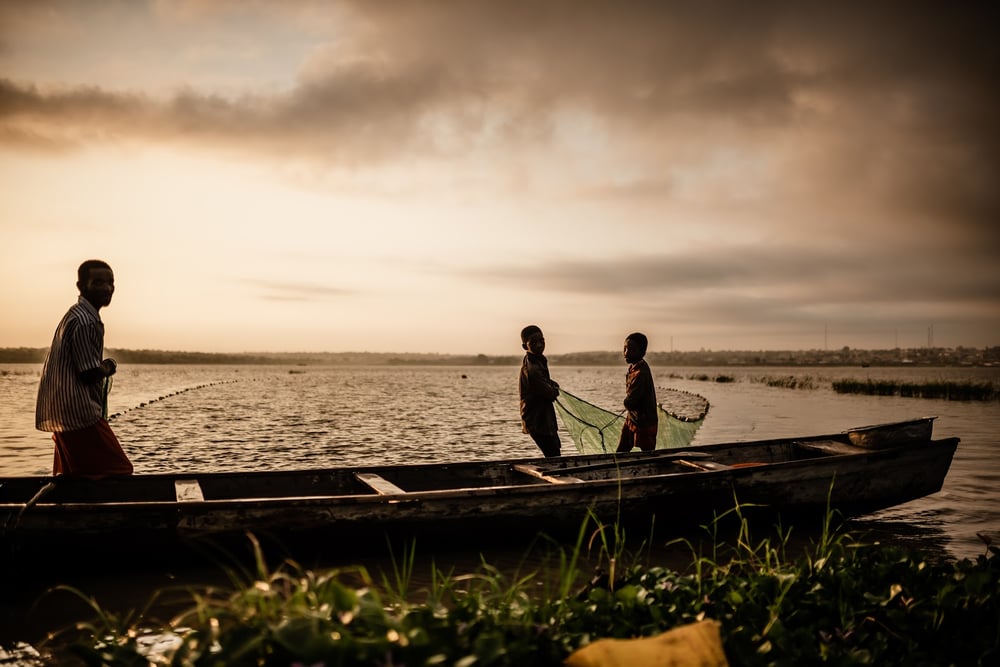 Children are an important part of the fishing process on Lake Volta. A forest of dead trees lies just beneath the surface of the water acting as a snare for the thin netting used to encircle and capture the fish. The boys, as young as six years old, are required to dive into the water to untangle the nets, a dangerous endeavor that has resulted in the drowning of many children. The boys are also used for hauling in the nets and preparing the fish for sale.

Complicating the issue further is the report of physical and sexual abuse of the young boys who are forced to work grueling hours, often beaten and rewarded only with the bare minimum food required to survive. Girls are used in the preparation of the fish and the cleaning of nets, and they are also subjected to sexual harassment by the teenage boys, resulting in pregnancy and sometimes forced marriage.

Late in 2019, I traveled with our team of transit monitors to the northern part of Lake Volta to experience firsthand what the scenario was on the water. Aware of the issues and armed with the few research articles that have been written on the subject, we intended to look at the viability of establishing a monitoring station in the northern part of the lake.

The team had spent the past few months monitoring on the border of Ghana and Togo. Looking for signs of human trafficking, they would approach potential victims and engage them in a well-researched questioning protocol. This would reveal the likelihood of a person being trafficked. Used in multiple countries across the globe, this system has intercepted tens of thousands of potential victims.

When I first saw the lake, I was overwhelmed by the sheer magnitude of the space and the large number of fishing boats dotted across the 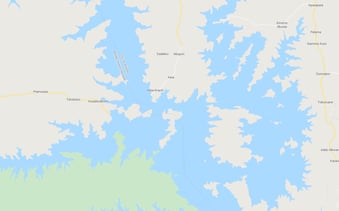 water. In order to thrive, human trafficking must be secretive. The vastness of the lake not only allows traffickers to keep the working children away from prying eyes, but it also explains the discrepancy in the numbers of estimated children working on the lake.

As we continued to travel north, it also became clear that the remoteness of the area contributed to the difficulties in gathering reliable information. The distance from any significant city posed many other questions such as, “If an organization was capable of rescuing or intercepting potential victims, how would they then get them suitable help?”

Kete-Krachi is a small, ordinary village situated in the middle of the northern part of the lake. There is one guesthouse, a few churches, and a couple of local places to eat. Despite seeming rather mundane, it is known for its ideal location in terms of transport from the east to the west of the lake, as well as its mid-week markets. Anecdotal information suggests that children are bought and sold to fishing boat owners at these markets. Based on this knowledge, we identified Kete-Krachi as a strategic position for a monitoring station, and it was the destination for our trip. 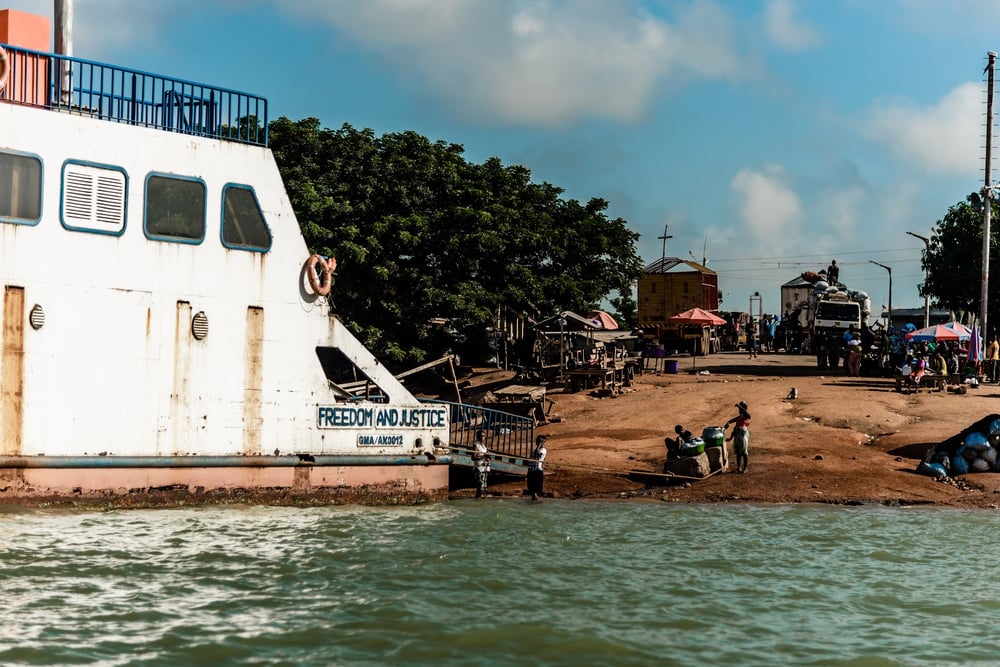 As we traversed the waters in a local canoe to see if we could get a more firsthand experience of children working on the lake, our presence was all too noticeable. We were required to wear luminous life jackets that were visible from hundreds of meters away. Boats surreptitiously slipped away around small islands, and it became evident that it would be difficult to get close enough to ask boat owners any questions.

On a few occasions when we managed to approach a boat with children, they immediately started screaming in terror. With nowhere to go, the children huddled in the corner of the boats, crying in fear. We later learned that they had been told that people in life jackets will steal them and take them far away where they will never be seen again.

That evening we resolved to pilot a monitoring station near the ferry points at Kete-Krachi. It appeared that the reports of child slavery were not exaggerated, and we believed that monitoring in that area could potentially produce results. We met with local church leaders and an organization that houses and educates young children rescued from the lake. Together with their assistance, we hoped to intercept additional potential victims of child trafficking, ideally before they spent too much time on the lake.

We formulated a plan, and a month later we deployed a team of four monitors in two locations. Within a month, we had the first intercept, and over the next six months, the team intercepted over 20 children and helped the authorities effect two arrests, both leading to convictions.

Following an interception, the children stay at a safe house until they can be reunited with their parents, if appropriate, or placed in foster care. During this time, they attend one of the best schools in the area, which is also located on the same property as the safe house. 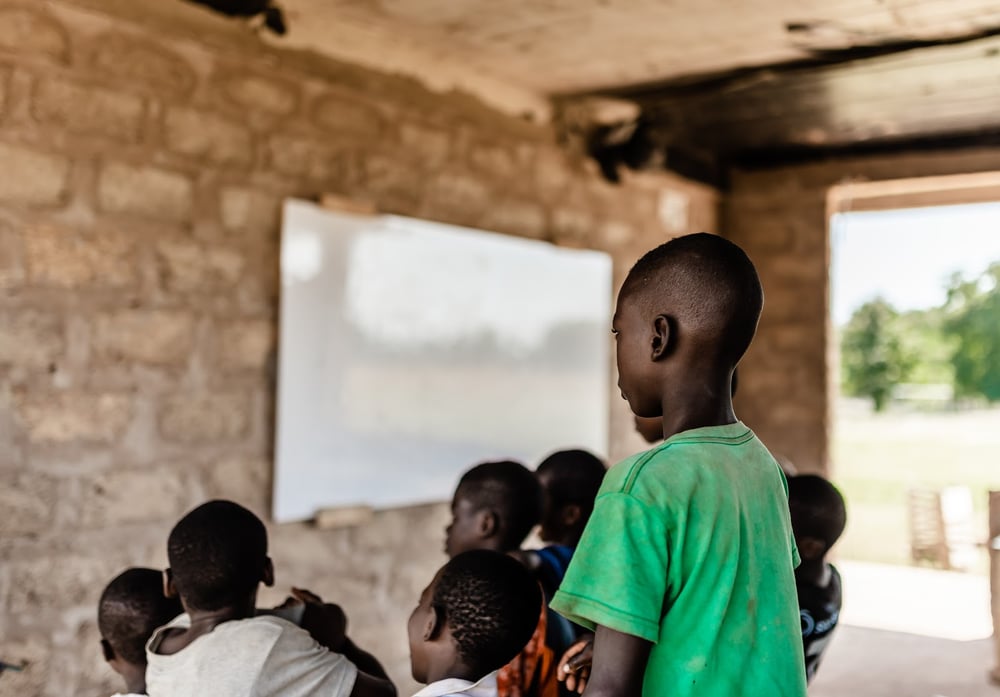 The issue of child slavery on Lake Volta is enormous, and innovative solutions are essential to successfully combat it. Ultimately, a multifaceted approach of awareness, job creation, and changing cultural mindsets needs to occur before the problem can be eradicated. In the meantime, we hope to deter would-be traffickers by establishing an active presence in the area as we continue to diligently seek and rescue children trapped in slavery and work with authorities to secure arrests. To learn more about our anti-trafficking strategy and expansion across the globe, visit here.

Our Strategy to Stop Human Trafficking